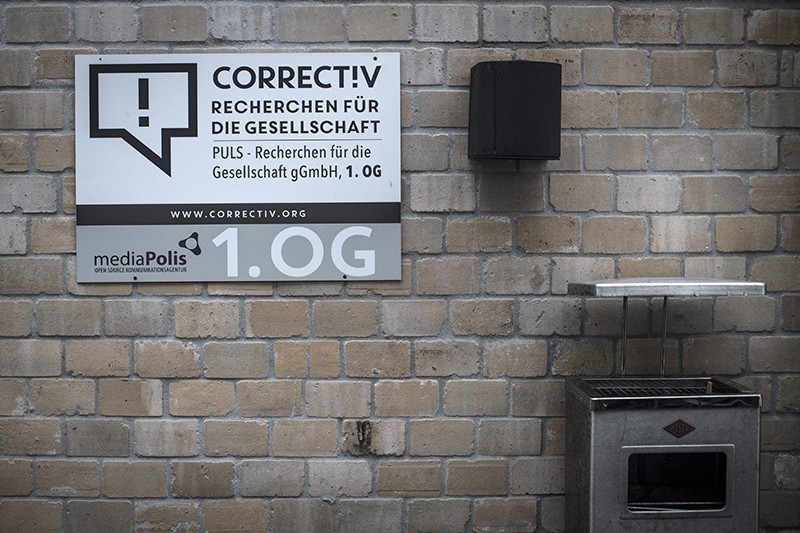 A sign is fixed outside the offices of the research bureau Correctiv in Berlin, Germany, 15 January 2017. US company Facebook has announced a cooperation with Correctiv to prevent the spread of 'fake news' on the social media platform. (EPA Photo)
by Associated Press
Jan 16, 2017 12:00 am

Facebook says it's introducing measures to tackle the spread of fake news in Germany, months before the country holds a national election.

The social network said Sunday the investigative media group Correctiv will be its first outside fact-checker in Germany and it's working to bring aboard other media organizations. It said updates to make it easier to report fake news will be introduced shortly in Germany.

Facebook last month launched plans to focus on the "worst of the worst" offenders and partner with outside fact-checkers and news organizations, including The Associated Press, to sort out true news reports from made-up stories.

Germany is expected to hold a national election in September.

Facebook has also faced criticism in Germany for what critics call an insufficient response to hate speech.