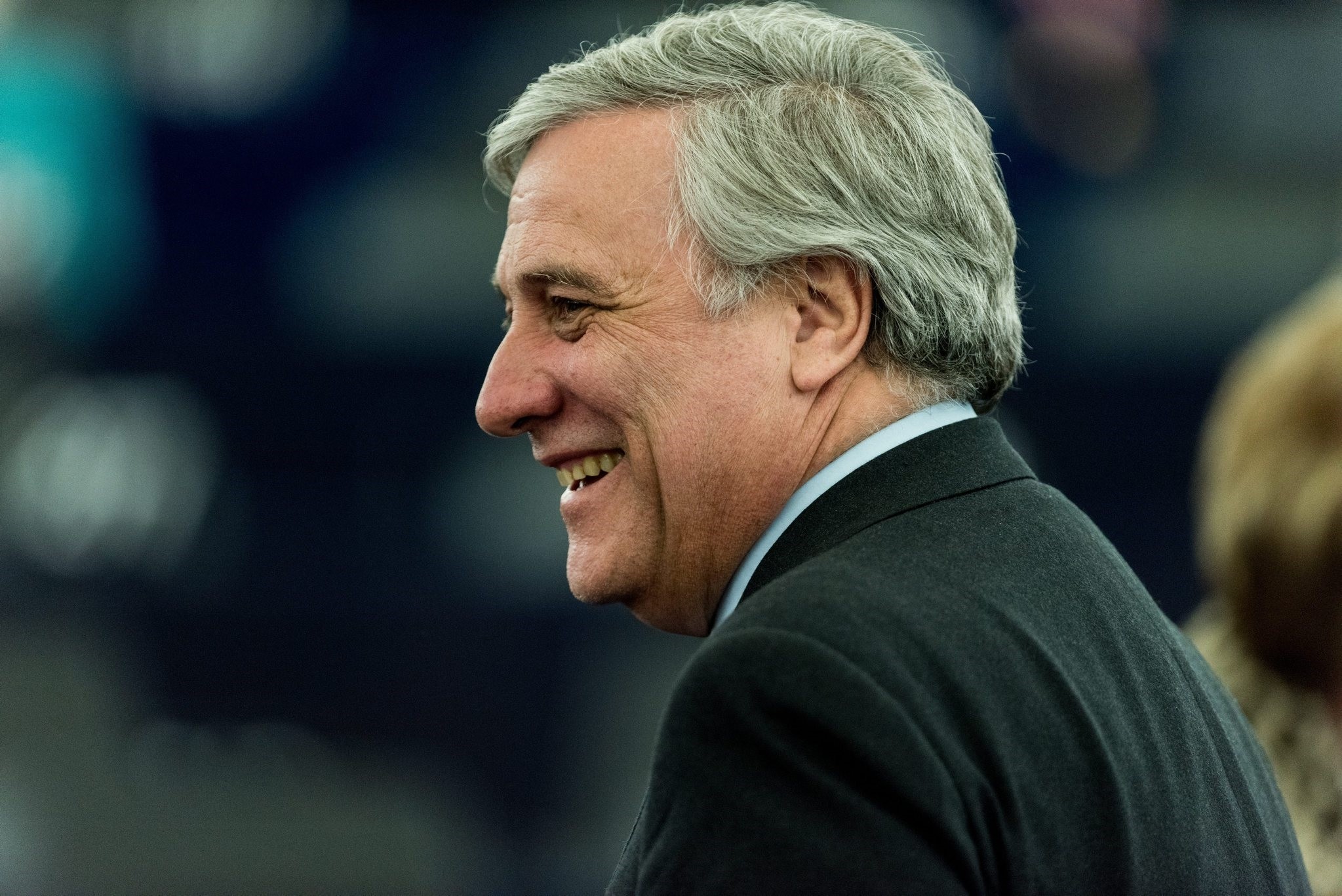 The Italian Antonio Tajani is to stand for the Group of the European People's Party (EPP) for the post of President of the Parliament. (EPA Photo)
by Compiled from Wire Services Jan 17, 2017 12:00 am

Antonio Tajani of the EPP Christian Democrat group was elected president of the European Parliament on Tuesday in a daylong polling series during which he defeated his socialist opponent.

Before the first round of voting, the EPP, the largest group in the European Union's legislature, and the ALDE liberals, the fourth-largest, announced a coalition that gave Tajani a big early lead over S&D socialist Gianni Pittella.

He maintained the lead through four rounds of voting at the legislature in Strasbourg, France.

The battle among the two Italians was won by Tajani on a vote of 351-282 in the decisive final round, which only the top two candidates could enter.

"I congratulate you warmly. I wish you good luck as you carry out your mandate," outgoing leader Martin Schulz of Germany said as he shook hands with Tajani.

European Council leader Donald Tusk hailed the importance of a position at the head of the EU's only elected body.

Tajani, 63, is a former EU Commissioner who was also criticised for his handling of the Volkswagen "Dieselgate" emissions row and who previously served as spokesman for scandal-plagued Berlusconi.

He was elected after the EPP and the main Liberal group in the parliament formed a "pro-European" alliance against rising populism.

Liberal leader Guy Verhofstadt, who is the parliament's Brexit negotiator, quit the race as a result.

"It is absolutely necessary. With Trump, with Putin, with many other challenges Europe faces, it is key we cooperate to reform our union," said Verhofstadt.

The role of EU parliament chief has grown hugely in prominence during socialist Schulz's five years in office.

But the new alliance comes after a decades-old "grand coalition" between the EPP and the socialists - under which they rotated the post of parliament chief between them - broke down.

The EPP said it was their turn after Schulz but Pittella had said he will not accept an EPP "monopoly" of the EU's top jobs - held by EPP members Jean-Claude Juncker, the European Commission president, and Tusk

Along with Tusk and Juncker, Tajani's victory gives the Christian Democrat group all the biggest jobs in the EU.

The new coalition agreement calls for a European defence force at a time when US President-elect Donald Trump has cast doubt on the future of the U.S.-led NATO alliance.

It also calls for the European Parliament to have "full involvement" in the negotiations over Britain's exit from the EU after its shock referendum vote in June last year.

British Prime Minister Theresa May set out her plan for Brexit earlier Tuesday.

The grand coalition had been seen as limiting the influence of Eurosceptic groups led by Britain's UKIP and France's National Front, after they made stunning gains in the last European Parliament elections in May 2014.

The anti-EU movement has since gained strength, with Britain's Brexit vote and a similar wave of populism that took Donald Trump to the US presidency.