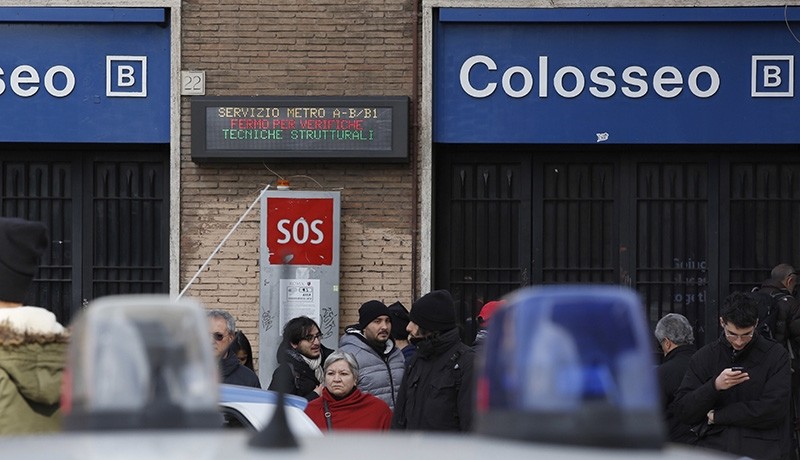 People stand outside the closed Colosseo subway station following three earthquakes which hit central Italy in the space of an hour (AP Photo)
by Compiled from Wire Services Jan 18, 2017 12:00 am

The German Research Centre for Geosciences, which operates a regional quake monitoring system, says a quake with a preliminary magnitude of 5.6 hit the region north of Amatrice at about 10:25 a.m. (0925 GMT) on Wednesday.

A second quake with the same magnitude hit the same area about 50 minutes later.

The epicentre was located just to the south of Amatrice, the mountain town devastated by the first of the earthquakes which struck the mountainous centre of the country between August and October last year.

Nearly 300 people died in that 6.0 magnitude quake, most of them in Amatrice, a beauty spot which was packed with holiday makers at the height of the summer season.

Two further quakes rattled the region in October, with the most powerful measuring 6.5 magnitude.

The latest quake came in the wake of 36 hours of continuous snowfall in areas close to Amatrice and another badly-hit mountain town, Norcia.

As a result of last year's quakes many residents have been evacuated to temporary accommodation outside the earthquake-prone zone along Italy's mountainous spine.