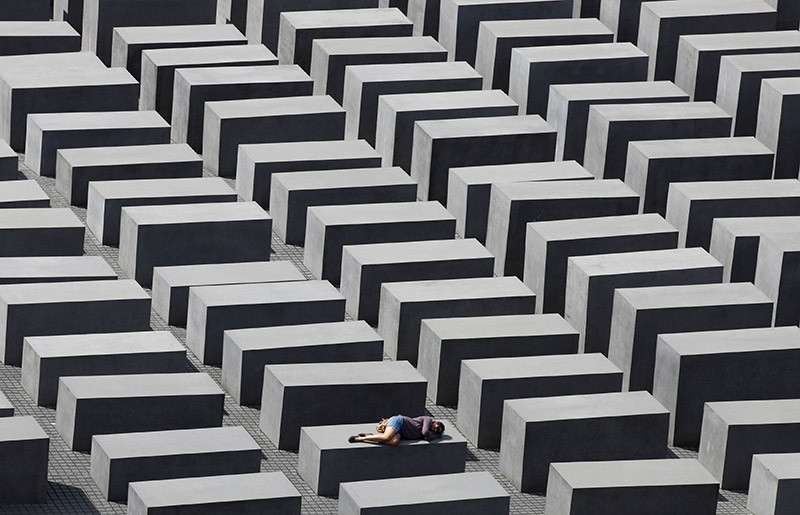 A senior member of the right-wing Alternative for Germany (AfD) has triggered outrage on social media for verbally attacking Berlin's Holocaust and saying that Germany must rewrite its history books to focus more on its own victims.

The AfD's anti-immigrant rhetoric has won support among Germans worried about the influx of more than a million migrants in the last two years. With polls putting it on 12-15 percent, the party is tipped to win seats in the federal parliament in September's election.

"Germans are the only people in the world who plant a monument of shame in the capital," Bjoern Hoecke, the AfD's leader in the eastern state of Thuringia, said in a widely reported speech to young members of the party.

"This laughable policy of coming to terms with the past is crippling us. We need a 180 degree turnaround in our policy of memory," Hoecke said in his speech in the eastern city of Dresden, cradle of the anti-Muslim PEGIDA movement.

Hoecke compared the World War Two bombing of Dresden by the Allies to the atomic bombing of Hiroshima and Nagasaki.

Re-education imposed on Germany after 1945 had largely pulled up Germans' roots, he said. "There were no German victims any more, only German perpetrators," he said, adding German history was made "rotten and laughable".

Social Democrat (SPD) and Greens lawmakers condemned the speech as shocking and demanded that AfD leaders clearly distance itself from this and apologize to Jewish groups.

"No influence for the neo-Nazi mob," tweeted one of the SPD's deputy leaders, Ralf Stegner.

Gabriel said while Hoecke insinuates in his speech that dealing with the Nazi past belittles Germans, the opposite was correct: "Learning from our history was the premise for Germany to be respected worldwide."

The vice chancellor said he entered politics decades ago in part as a protest against his own father's Nazi convictions.

Germany's Jewish Council also lashed out, accusing the politician of trampling on six million Jews who were murdered by the Nazis.

"The AfD has shown its real face with these anti-Semitic and extremely hostile words," said the council's chairman Josef Schuster.

"I've never thought that 70 years after the Holocaust, a politician in Germany could say such things," he added.

Nazi Germany was responsible for the murder of more than 6 million Jews and other minorities before and during World War II.

The AfD had started out as an anti-euro party, but has since morphed into an anti-immigration outfit railing against Chancellor Angela Merkel's liberal refugee policy that brought some 890,000 refugees to Germany in 2015 alone.

The party, which disputes the place of Islam in Germany, is polling nationwide at around 12 to 15 percent ahead of general elections.

Hoecke, the AfD's leading candidate for the eastern state of Thueringia, is viewed as one of the most right-leaning members of the populist party.

In December 2015, he again sparked outrage when he said that the "reproductive behavior of Africans" could be a threat for Germany.

Most recently, he was greeted by students chanting "Nazis out" as he tried to make a speech at a university in the eastern city of Magdeburg, and had to leave the hall under police escort.