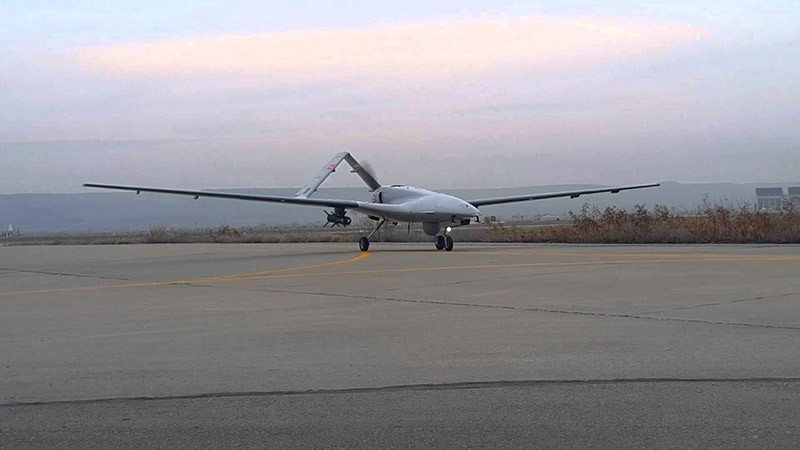 The unmanned aerial vehicle (UAV) was destroyed Sunday morning in the western Tovuz region near the border with Armenia, the statement said.

The ministry also said that the Armenian army had violated the cease-fire 51 times in the past 24 hours, firing mortars from different directions on the front line.

The Azerbaijani army destroyed five Armenian drones last year: one in April, one in November and three in December.

The two countries remain in dispute over the occupied Karabakh region.

Karabakh broke away from Azerbaijan in 1991 with Armenian military support and a peace process has yet to be implemented.

Armenia and Azerbaijan fought a six-year war over occupied Karabakh in the early 1980s until a 1994 ceasefire.

Since the end of war in 1994, Armenia and Azerbaijan have held talks under the supervision of the Organization for Security and Co-operation in Europe's Minsk Group.

This April, according to the Azerbaijan Defense Ministry, more than 270 military personnel were killed in the worst breach of a 1994 treaty between the sides.

Three UN Security Council Resolutions (853, 874 and 884), and United Nations General Assembly Resolutions 19/13 and 57/298 refer to Karabakh as being part of Azerbaijan.

Karabakh, despite being militarily occupied by Armenians, remains internationally-recognized as a part of Azerbaijan.

Despite signing a ceasefire in 1994, Azerbaijan and Armenian have not yet reached a peace agreement and are technically still in a situation of war.