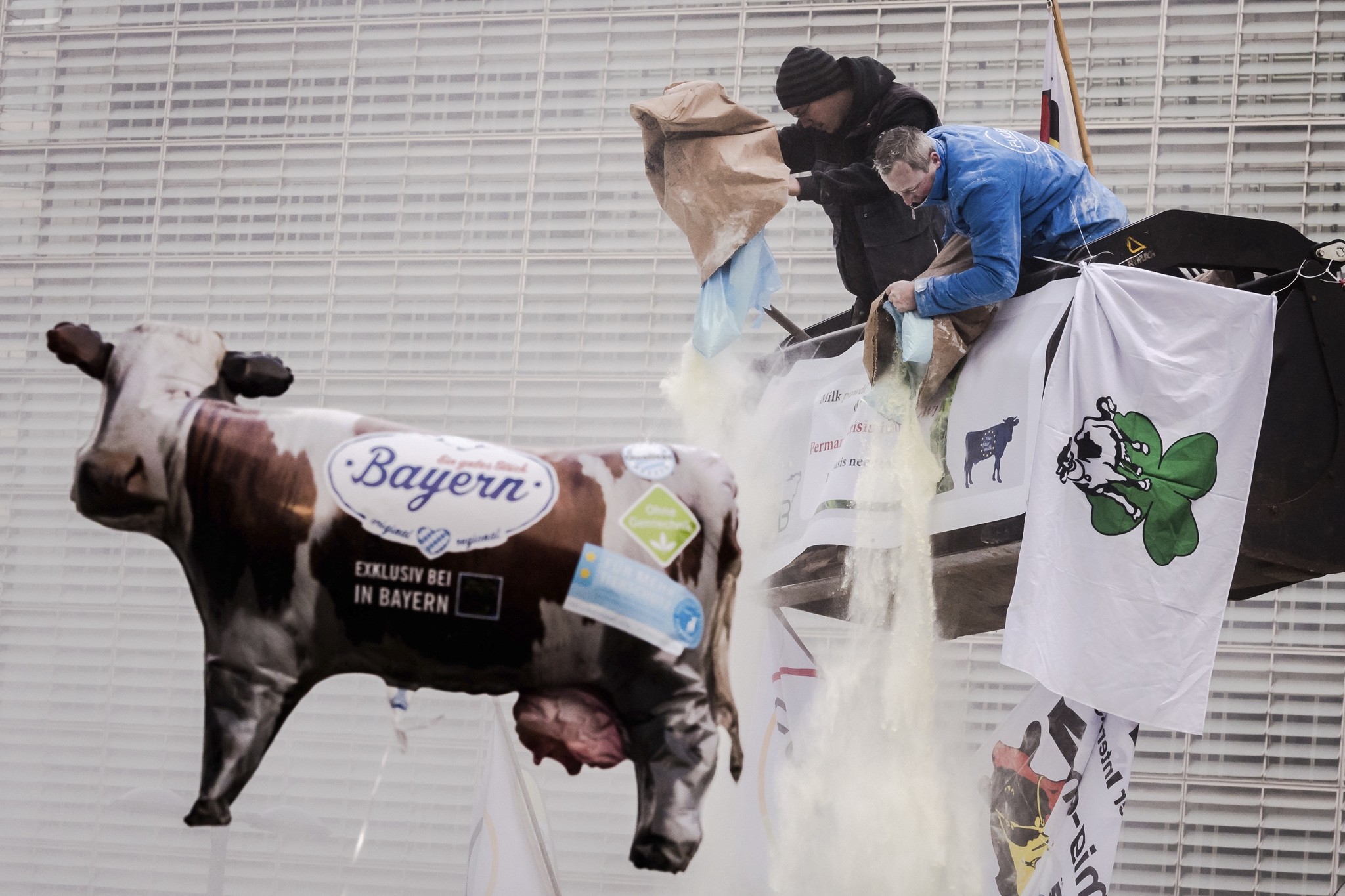 European dairy farmers spray the EU Council building with milk powder to protest the crisis in their sector, in Brussels on Monday, Jan. 23, 2017. (AP Photo)
by Associated Press
Jan 23, 2017 12:00 am

Dairy farmers from across the European Union have sprayed the EU's headquarters with milk powder to protest the crisis in their sector.

Many farmers have been driven to the brink of bankruptcy as their sector has been hit with sagging prices and production costs squeezing profits.

The EU's executive Commission has approved some support measures over the past year, but the farmers fear that releasing more milk powder on the market would further complicate their plight.

The EU did away with a complicated milk quota system two years ago, allowing for an increase in production at a time when sanctions against Russia also hit the sector. Russia imposed a ban on EU food imports in tit-for-tat retaliation after the 28-nation bloc set economic sanctions against Moscow for its annexation of the Krim peninsula in Ukraine in 2014.

"Our farmers have been so rattled by the crisis that only a real price increase and long-term stability on the market can save milk production across the EU from extinction," said Erwin Schopges, a leader of the European Milk Board alliance of dairy farmers.