French internet censorship on the rise in 2016 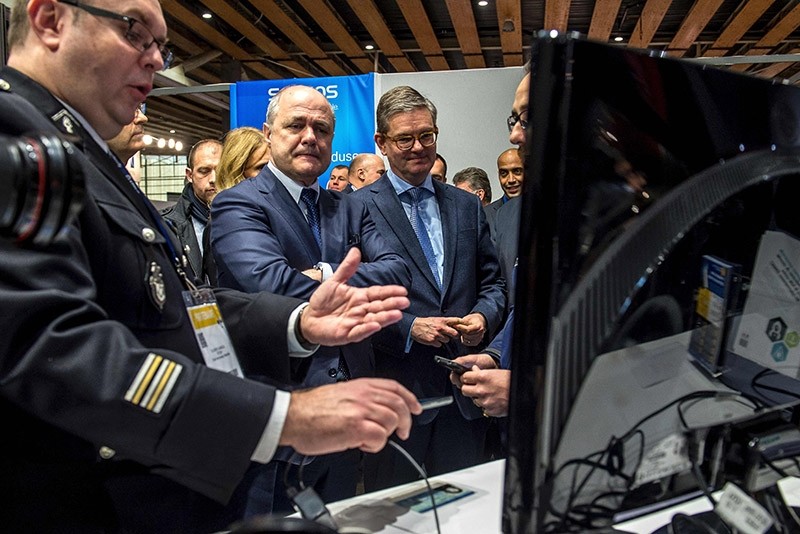 France's Minister of the Interior Bruno Le Roux looks on during a presentation of a computer security system on January 24, 2017 in Lille (AFP Photo)
by Associated Press
Jan 24, 2017 12:00 am

French authorities ordered the blockage or removal of more than 2,700 websites in 2016, Interior Minister Bruno Le Roux said Tuesday, a spike in censorship that some critics in the tech industry fear will do little to snuff out extremist content online.

Le Roux told a cybersecurity conference in the northern French city of Lille that his government has requested blocks for 834 websites and that 1,929 more be pulled from search engines' results as part of the fight against "child pornographic and terrorist content."

"To face an extremely serious terror threat, we've given ourselves unprecedented means to reinforce the efficacy of our actions," he said, also pointing to reinforced online policing units and new forensic laboratories for analyzing digital evidence.

Le Roux didn't provide a breakdown or other details but the website censorship numbers represent a sharp increase over the figures tracked by France's online privacy watchdog, known by its French acronym CNIL. In April, CNIL reported that 312 sites were blocked and 855 de-listing requests were made in France between March 11, 2015, and Feb. 29, 2016.

French authorities can block sites without a judge's order under a 2011 law that was brought into effect in after terrorist attacks killed 17 people at a satirical magazine and a kosher supermarket in January 2015. The first blockage was reported two months later.

Some in the audience were skeptical that yanking search results or blocking sites in France would work at all.

Octave Klaba, who founded OVH, one of Europe's top internet hosting providers, said the expanding censorship regime amounted to political posturing given the global nature of the internet.

"I understand it, but it's useless," Klaba told The Associated Press after Le Roux's speech. "I come from tech. I know how it works."