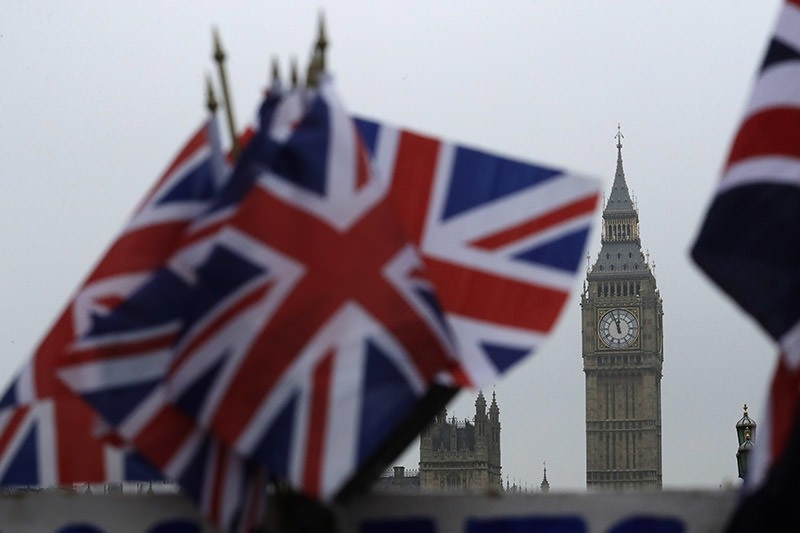 May's Brexit bill passed the 650-seat House of Commons, parliament's lower house, by 494 votes to 122, clearing a hurdle that allows the
legislation to move to the upper house.

Britain's Supreme Court ruled last month that parliament must be given a vote before the government triggers Article 50 of the Lisbon Treaty to kick off negotiations for the terms of Britain's departure.

May has promised to trigger the two years of negotiations under Article 50 by the end of March.

Before the main vote on the bill, the lawmakers rejected several amendments, including one that sought to give unconditional protection of EU citizens' residency rights in Britain. That amendment was defeated in a 332-290 vote.

"We believe it is possible within the two-year time frame to get the agreement not just for our withdrawal but also for the trade arrangements to ensure we have a strong strategic partnership in the future," she said in parliament before Wednesday's vote.

Britain's Conservative government prevented a potential rebellion by promising parliament a vote on the final Brexit deal before it goes to the European Parliament.

But it suggested the vote would be a "take it or leave it" decision, meaning Britain would leave the EU with no deal in place if lawmakers vote against it.

Asked to clarify her stance on Wednesday, May said the government "will bring forward a motion on the final agreement."

"It will be before the final deal is concluded... before the European Parliament debates and votes on the final agreement," she answered, declining to say if it would be a "take it or leave it" vote.

Scottish National Party lawmaker Angus Robertson accused May of failing to keep her promise to involve Scotland, Wales and Northern Ireland in an "agreed UK-wide approach to Brexit."

May promised to "work very closely" with the three devolved assemblies but said Britain's highest court had ruled that they should not have a veto over the Brexit agreement.

In a largely symbolic act, Scotland's parliament voted by 90 to 34 against the Brexit trigger bill on Tuesday.

A BMG poll published by Wednesday's Glasgow Herald suggested that support for Scottish independence had risen from 46 per cent to 49
per cent since May announced her plan for a "hard" Brexit outside the EU single market on January 17.

May commands a working majority of 16 in the 650-seat parliament in London, and she had been expected to win Wednesday's vote comfortably.

Veteran pro-EU Conservative Ken Clarke, a former chancellor, was the only lawmaker from her party who opposed the Brexit bill.

Labour, the biggest opposition party, ordered its 229 lawmakers to support the bill. But 52 of them defied party leader Jeremy Corbyn by joining Liberal Democrat, Scottish National Party and other lawmakers who voted against it.