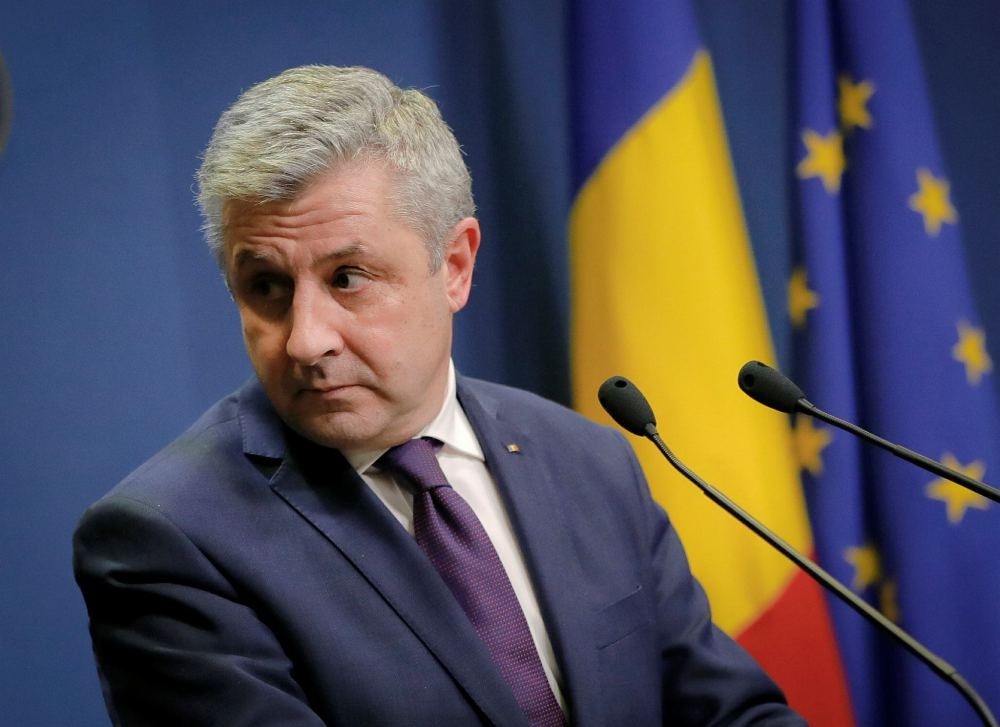 Romanian Justice Minister Florin Iordache announces his resignation during a media briefing in Bucharest, Romania, Feb. 9.
by Compiled from Wire Services Feb 10, 2017 12:00 am
Romania's justice minister has resigned following mass protests over a law that would soften the corruption fight in the country.

Florin Iordache defended his tenure Thursday, saying all his initiatives were "legal and constitutional," but had failed to placate "public opinion."

Romania's government withdrew the contentious decree, crafted by Iordache, to legalize some forms of official misconduct this week after hundreds of thousands protested in cities around Romania. Protesters said that the measure would dilute the anti-corruption fight. The government survived a vote of no confidence Wednesday in parliament, where it has a solid majority.

Prime Minister Sorin Grindeanu blamed Iordache for what he said was poor communication with the public in relation to the decree, which was condemned in Romania and internationally as a step backwards in the country's fragile fight against corruption.

Passed in an emergency procedure, the measure, which would have watered down graft regulation, triggered the largest protests in Romania since those which toppled Communist strongman Nicolae Ceausescu in 1989.

The protests peaked on Sunday, the day that Grindeanu's cabinet revoked the decree, with more than 200,000 people rallying in Bucharest and about the same number in other places across the country.

The number of protesters in Bucharest meanwhile dropped to several thousand people who are still not satisfied with the replacement of ministers, but who want the government to fall instead. That, however is a quickly dimming prospect.

Grindeanu, who took over in early January following a strong win for the Social Democrats in December 11 elections, on Wednesday soundly defeated an opposition no-confidence motion in parliament.

Meanwhile, Romania's constitutional court said yesterday it would not rule on a decree decriminalizing some corruption offences that was introduced by the government but then rescinded following mass public protests.

The decree was referred to the court by national Ombudsman Victor Ciorbea on Feb. 3, two days before the ruling Social Democrats withdrew it. "This decree does not exist anymore. It was scrapped (by the government," said court president Valer Dorneanu. "We start from the truth that the emergency decree no longer exists." The withdrawal must still be approved by parliament. Asked what would happen if parliament does not do so, Dorneanu said: "We don't judge based on suppositions."
RELATED TOPICS