Hungary to put asylum seekers and immigrants in container camps 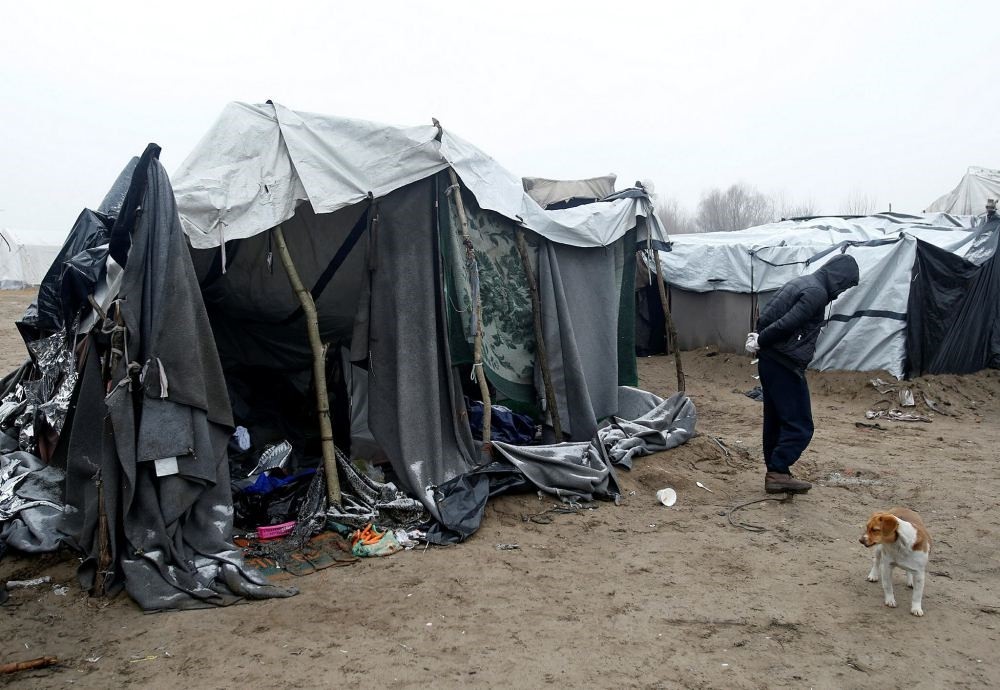 Hungary will replace the migrants' makeshift camps with structures made out of scrapped shipping containers.
by Daily Sabah with Wires Feb 11, 2017 12:00 am

Known for its anti-migrant policies, the Hungarian government agrees to build migrant camps and military bases out of scrapped shipping containers near the southern border to halt migrant influx from Serbia

Hungary plans to hold migrants in border camps made up of shipping containers while their asylum requests are settled, a top official said Thursday.

Janos Lazar, Prime Minister Viktor Orban's chief of staff, also said once new rules are in place, any migrants detained anywhere in Hungary without documents allowing them to be in the country will be returned across the border.

"We need a legal system that protects us. This is a very serious change," Lazar said. "We expect debates with the European Commission and other organizations."

The Hungarian Helsinki Committee vowed to sue Hungary at the European Court of Justice in every case where asylum-seekers are "illegally" kept in custody, which would likely force the country to make compensation payments. "The government would do better instead to improve the quality of the open reception centers and spend this money on the integration of people who have found asylum in Hungary," the group said.

Hungary is not a rich country and poverty is affecting many of its citizens. It is no surprise that the prime minister is not prioritizing foreign nationals.

Presently, asylum-seekers whose claims are under appeal are placed mostly in open camps and some leave for Western Europe before their cases are decided. Migrants detained within 8 kilometers (5 miles) of the border are sent back across the fences Hungary has built on its southern borders with Serbia and Croatia.

Lazar said the measures will be enacted only when, like at the present time, the government declares a state of emergency because of mass immigration.

"It is clear that the security situation in Europe has deteriorated, not improved," Lazar told reporters after a government meeting. "Turkey is presently defending the borders of Europe. We would like to strengthen the Hungarian border."

Chief of Staff Lazar reiterated that Hungary was ready to build a second, stronger fence if needed, to protect its southern borders. Lazar also said the government would even increase aid to charity groups working along the border to improve the humanitarian conditions.

The migrants' camps will be made out of scrapped shipping containers, an extremely cheap and innovative construction material. Hungary is also is building four small military bases along the fence to provide accommodations for some of the 3,000 soldiers on border duty along with police. The barracks are being built out of shipping containers as well and each base will have room for 150 people.

Orban says that allowing migrants in without proper checks poses a security threat, citing the fact that some of the extremists responsible for attacks like those in Paris in November 2015 had posed as refugees. It is known that Daesh is using the mass migration to get terrorists into Europe and Turkey.

Many others who have carried out attacks or tried to are/were second generation migrants who were living in enclosed monolithic communities and were radicalized within the continent.

Orban has also argued that allowing in so many Muslims risks undermining Europe's liberal democratic values and its Christian traditions, which are not being shared by the majorities of the new arrivals. This is evident as many of the migrants regularly start massive riots against each other most notably in detention centers in Germany and Greek islands.
RELATED TOPICS