Germany's Merkel admits was unaware of extent of BND-NSA cooperation 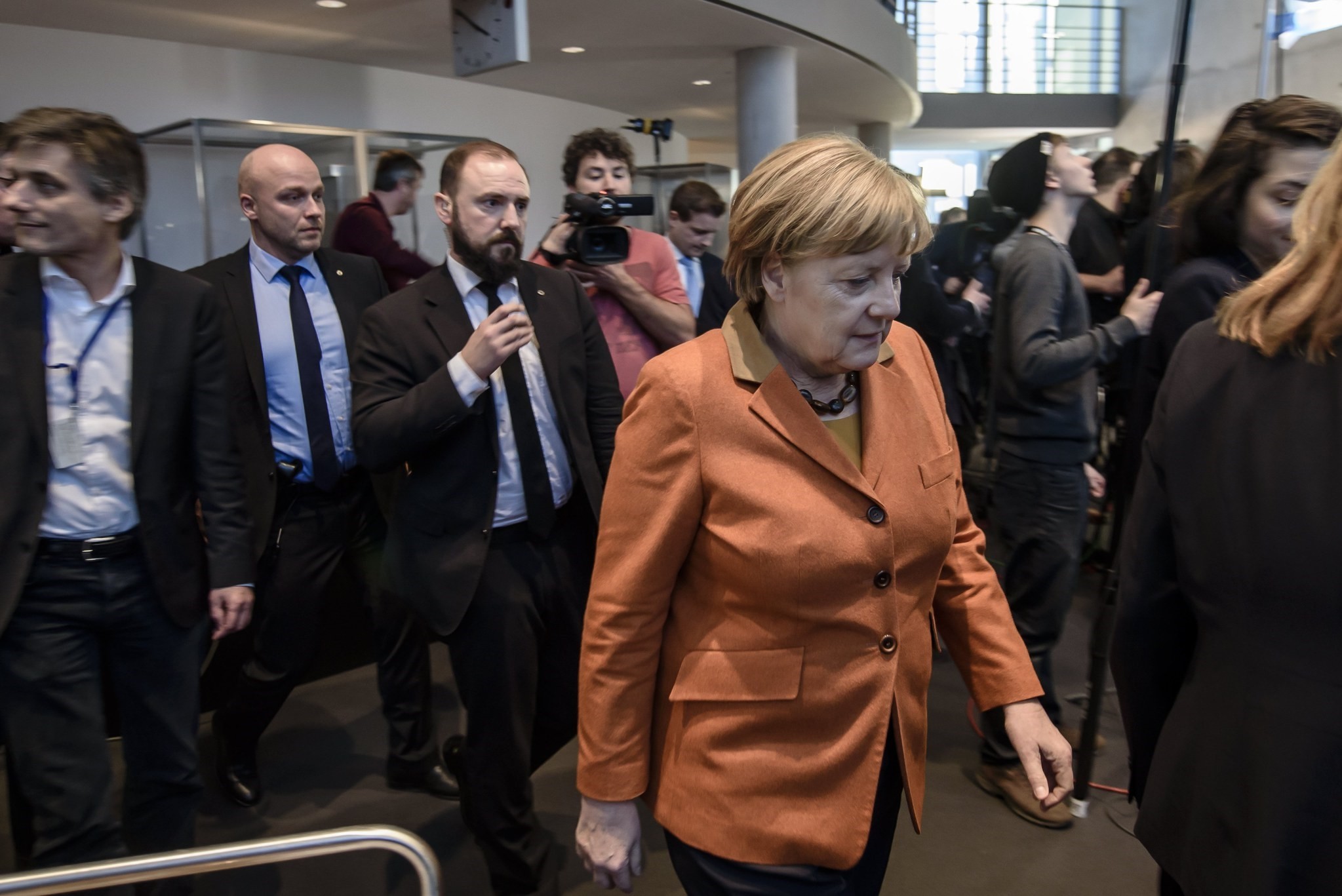 Merkel leaves for a break of a hearing at the NSA investigation committee of the German 'Bundestag' parliament in in Berlin, Germany, 16 February 2017. (EPA Photo)
by Feb 16, 2017 12:00 am
Chancellor Angela Merkel admitted on Thursday she did not know how closely Germany's spies cooperated with their U.S. counterparts until 2015, well after an uproar over reports of U.S. bugging of her cellphone.

Merkel, who is running for a fourth term in September, told a parliamentary committee that she assumed Germany's BND foreign intelligence agency would not help the U.S. National Security Agency (NSA) to spy on European politicians and companies.

German media revealed in 2013 that the NSA had bugged Merkel's cellphone, which strained relations with Washington. Former NSA contractor Edward Snowden then reported in 2015 the BND had helped the NSA spy for years on European companies and politicians by passing on information it gathered.

"I knew nothing about it," Merkel told members of the committee. "I had trusted my former chief of staff."

Germany scaled back the level of cooperation with the NSA after the revelations, demanding clear justifications for every U.S. surveillance request concerning persons or institutions.

Merkel responded to the original allegations of widespread snooping by saying that "spying among friends was unacceptable".

Opposition lawmakers wanted to know if Merkel knew that the BND was helping the NSA spy on European allies when she uttered those words. She told the committee that she had assumed at the time that "the BND would not do such thing".

The German parliament set up the investigation in 2014.

Surveillance is a sensitive issue in Germany where East Germany's Stasi secret police and the Nazi era Gestapo kept a close watch on the population.

Germany's highest court last year rejected a bid by opposition politicians to make the government disclose to the investigating committee the surveillance targets it worked on with the NSA.

German lawmakers in October approved a law to tighten oversight of the BND, but critics said the new rules do exactly the opposite.