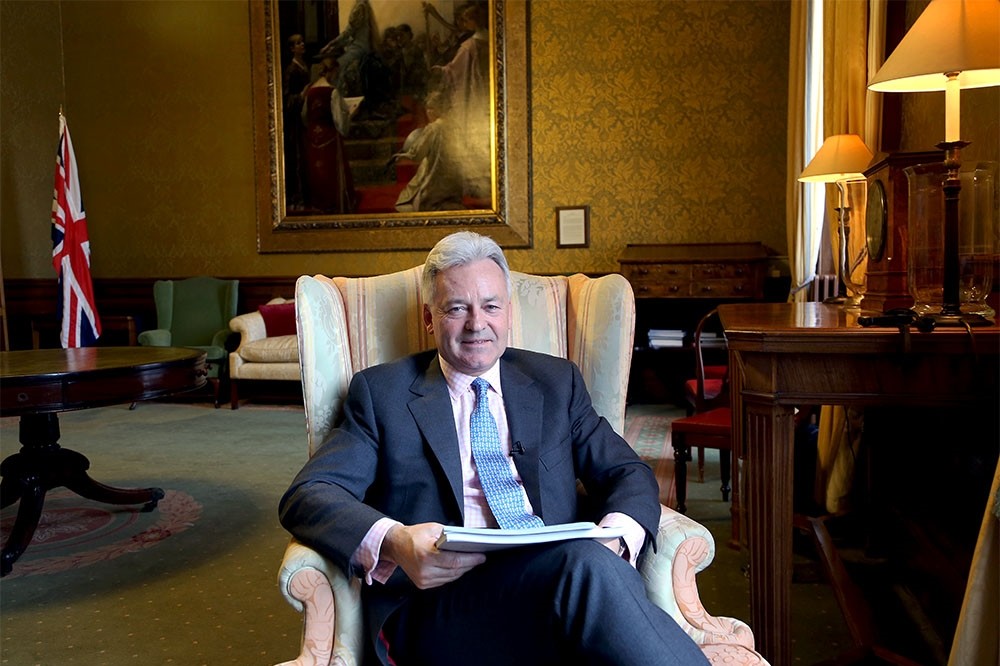 The July 15 defeated coup from last year was a "deep traumatic experience" for Turkey that "Europe was very slow to appreciate," British Minister Sir Alan Duncan has said.

In an exclusive interview with Anadolu Agency, Minister for Europe and the Americas, Sir Alan Duncan, said: "A stable Turkey is essential for wider stability in the region."

Underlining that the coup attempt took place on his first day at the U.K. Foreign Office as minister, Duncan said he had told the then British foreign secretary and the prime minister that "this is very important, we have got to understand this, I am going to go there."

The minister said: "And for the U.K., Turkey really matters and it was our view that we have got to understand how serious and dangerous this coup attempt was."

When asked who he thought was behind the coup bid, Duncan said: "We don't know all the details of who is behind, this but we have some suspicions. Turkey has got to work it out for themselves."

Duncan said he believed that the rest of Europe was very slow to appreciate that the coup attempt was a deep traumatic experience for Turkey and that it was wrong.

"I think instead of sitting in a comfortable armchair, lecturing Turkey, it is better to understand what they are up against and work with the country to make sure that they could be stable, democratic and very powerful and important force in the region," he said.

About relations between Turkey and the U.K., Duncan said he expected them to grow further.

"I think the main thing is there will be a bilateral relation between Turkey and the U.K. and this is demonstrated in the interest we have shown in Turkey by massive tourist numbers, by growing business activity, by the defense manufacturing deal which we have signed when the prime minister visited [Turkey]. And that is going to grow," he said.

About the positions of his country and Turkey in terms of the European Union, Duncan said the U.K. does not see any hindrances for further cooperation.

Duncan further said anyone who has interests in the region could not ignore Turkey.

"I think as trade, as tourism, as having a like-minded view on security in the region against terrorist threats and instability in Syria and around about, so I think if anyone who wants to take an interest in the region of the eastern Mediterranean, cannot ignore Turkey."

Duncan became the first European minister to visit Turkey on July 21, 2016, following the defeated coup. He also visited Turkey in October 2016 and January 2017.