Toupees a la Trump: Austrian carnival-goers on the hunt for perfect Trump wig 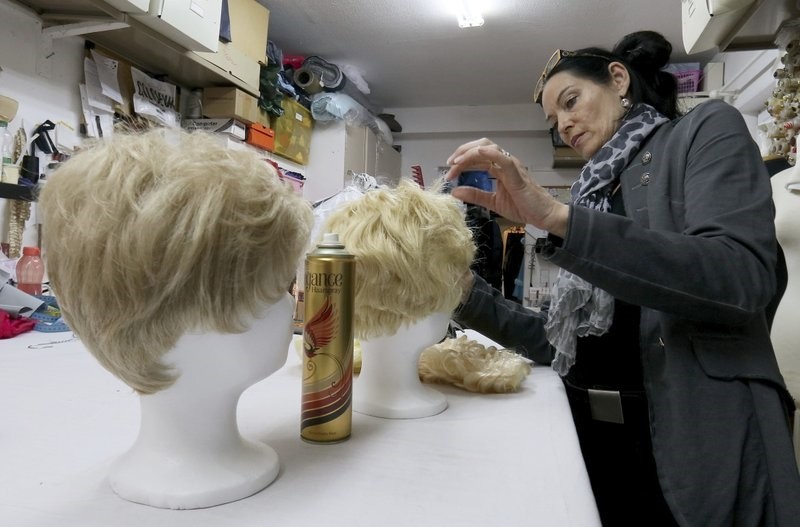 So many people want to be Donald Trump this Carnival season in Austria that some costume shops have run out of wigs mimicking the U.S. president's memorable hairstyle.

Plank thought she was ready to meet demand with the 10 Trump wigs she had stocked for Austria's pre-Lenten season of balls and other masked events. But they were quickly snapped up.

That's when she started snipping, backcombing, teasing and spraying blond hairpieces to give them the trademark Trump look.

"It all takes quite a bit of time," Plank said as she assessed her latest creation on Monday. "You have to do a lot of back-combing. But you can get it done."

Her shop in the town of Pfaffstaetten, south of Vienna carries over 7,000 costumes, including ancient Greek outfits and the lace and ruffles of the Rococo period. But the Trump look is trumping most others.

Plank says that 25 of her Trump wigs are now in circulation within her community of just 3,500 people. Since Carnival extends into early March this year, she is making more.

"I think it's simply because a lot of people are talking about him. And because everybody knows him," she said. "And his hairstyle is very distinctive."

While many Austrians go all-out for Carnival, Plank says dressing up as Trump carries extra appeal for people who don't have the patience to create elaborate costumes.

"Wig, suit — and done," she says, tucking a stray wisp of plastic hair in place.