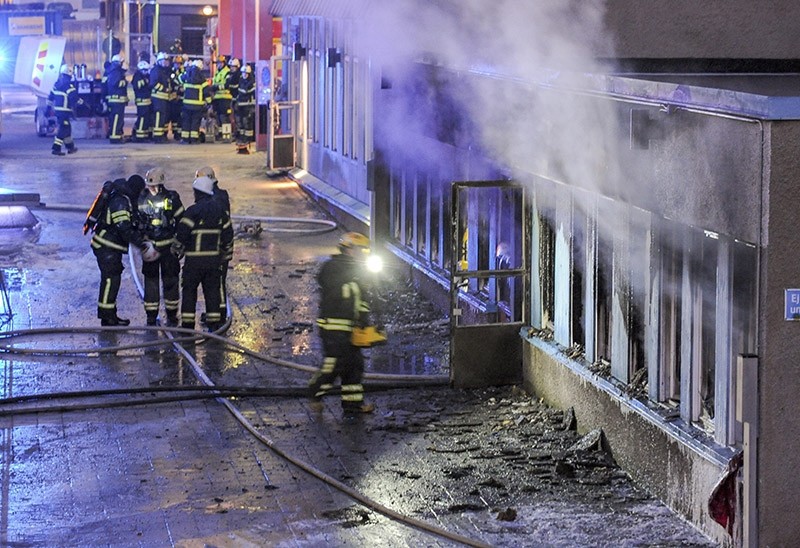 An Islamic cultural center, which is also used as a mosque, has been targeted in an arson attack in Sweden's second-largest city Göteborg.

The fire was later extinguished by fire crew, but serious financial loss could not be prevented.

The police statement also added that the building had previously been used by the Union of European Turkish Democrats (UETD).

UETD Göteborg Office Director Harun Uzel stated that the Union was using the building as its office until two months ago, before handing it over to the Islamic Cultural Center.

"We decided to relocate our office after receiving threats and even physical attacks to the building, however someone still must think that the building is used by our union as assaults continue," Uzel added.

A Muslim prayer room in southern Sweden's Malmo was also targeted by an arson attack back in October 2016.

An increase in anti-Muslim sentiments emerged after the Paris attacks in Europe. Several European countries have witnessed a spike in Islamophobia and anti-migrant sentiment, especially after receiving an unprecedented influx of refugees, the majority of whom are Syrians fleeing war and violence.

Europe's populist-right also rushed to demand an end to the influx of refugees from the Middle East in the wake of the attacks. In the United States and Canada, mosques and Islamic centers have become a target of vandalism and a growing number of potential anti-Muslim crimes have been reported.