Ukraine's Poroshenko says people of Crimea 'will not be forsaken' 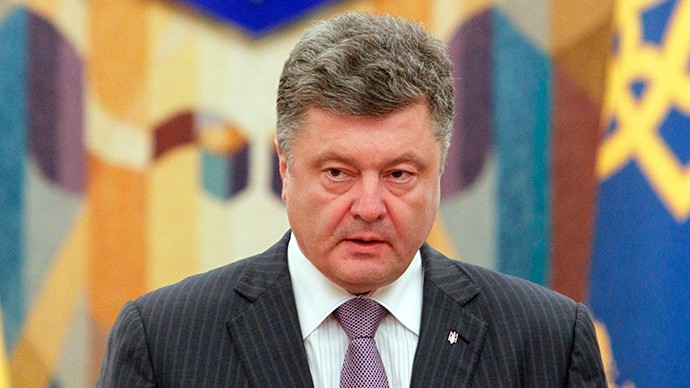 Ukrainian president Petro Poroshenko said Sunday that the people of the illegally annexed peninsula of Crimea will not be forsaken.

"Russia resorted to open aggression and seized the peninsula, enslaving millions of people. We will not leave our citizens in Crimea without support under the temporary Russian occupation," he said in a statement posted on social media, marking the third anniversary of the seizure of Crimea's regional parliament by gunmen, believed to be Russian Special Forces, followed by Moscow's unilateral annexation of the peninsula.

"The whole civilized world knows that Crimea is Ukraine. We will continue to struggle," he said, adding that the United Nations also recognizes Russia as an occupying force violating human rights in Crimea.

Ukraine has been wracked by conflict since March 2014 following Russia's annexation of Crimea after an illegal independence vote. This had followed violent anti-government protests which led to the overthrow of the then-President Victor Yanukovich.

That month the UN General Assembly voted to proclaim the Russian annexation illegal. Along with many UN countries, the U.S., the EU, and Turkey also do not recognize Crimea as Russian territory.