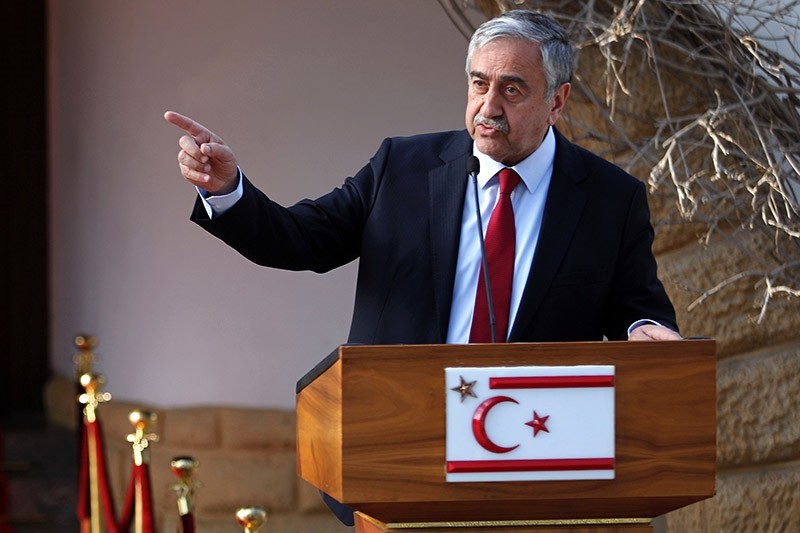 U.S. Secretary of State Rex Tillerson said on Wednesday a solution to Cyprus was significant for all, not just the island's two communities.

Tillerson made the comment during a telephone call with Turkish Cypriot President Mustafa Akıncı, according to Northern Cyprus presidential sources who spoke on condition of anonymity.

Akıncı recalled that the Greek Cypriot parliament recently voted to introduce a yearly public school commemoration of a 1950 referendum in which Greek Cypriots voted overwhelmingly for Athens to take over the island, an idea known as Enosis (Union).

That vote destroyed the current negotiations over the island, Akıncı told Tillerson.

The reunification talks -- brokered by UN envoy Espen Barth Eide -- were launched in May 2015 to discuss a permanent settlement for the divided Mediterranean island.

However, the Greek Cypriot parliament's Enosis move has led to increased tension between the sides.

Northern Cyprus called on the Greek Cypriot administration to take concrete steps to annul the controversial legislation and to return to the negotiating table.

However, earlier on Wednesday, Turkey's main opposition, the Republican People's Party (CHP), said the talks should be suspended until the Greek Cypriot authorities dropped the Enosis commemoration plans.