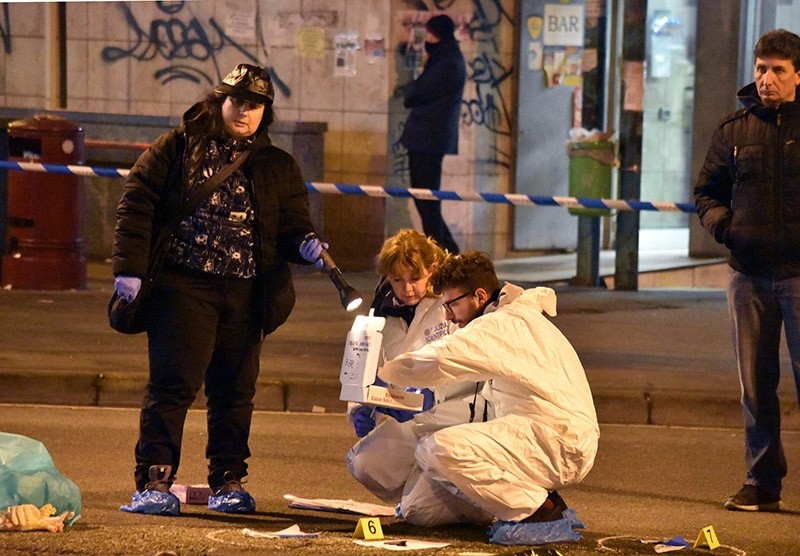 Italian forensic police inspect an area after a shootout between police and a man near a train station in Milan's Sesto San Giovanni neighborhood, Italy, early Friday, Dec. 23, 2016. (AP Photo)
by Associated Press
Mar 04, 2017 12:00 am

An Italian official says that the autopsy on the chief suspect in the Berlin Christmas market attack indicated frequent drug use.

A court official said Saturday that Anis Amri used both cocaine and hashish use, although not on the day he was killed. The official, who spoke on condition of anonymity because he wasn't authorized to give details about the case, says it wasn't possible to determine whether he had used the drugs before the Dec. 19 truck attack that killed 12 people and injured dozens.

Amri was killed during a routine stop by police in a Milan suburb four days after the attack.

It wasn't clear why Amri, a 24-year-old Tunisian, had come to Italy. Authorities say he may have been heading toward Sicily, where he had some acquaintances.