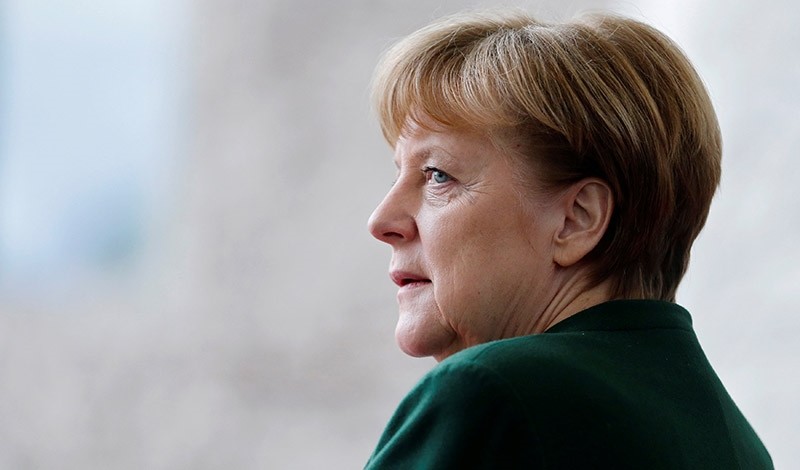 At the height of the refugee crisis in September 2015, German Chancellor Angela Merkel decided to accept thousands of migrants from Hungary to Germany. Since then, her policy of open borders has been fiercely debated. The Chancellor justified the border opening on September 4, 2015 as an exception during a humanitarian emergency.

German daily Die Welt however, reported on Sunday that Merkel's intention was actually to refuse refugees.

According to Die Welt, the leading politicians of the ruling Christian Democratic Union - Christian Social Union (CDU - CSU) and Germany's Social Democratic Party (SPD) agreed to reject refugees at the German-Austrian border back in September 2015, and even wrote a corresponding order to the Federal Police.

The top-level participants of the phone conference did not only agree to introduce border controls on the following day at 6 p.m., but also agreed that refugees should be rejected at the border.

The original order, which the German leaders wrote for the federal police, explicitly instructed police officers to reject migrants without necessary papers "even in the case of an asylum application."

On the night of September 12, 2015, police officers from all over Germany were ordered to the Austrian border with buses and helicopters, which were specifically organized for their transport.

However, during operational planning at the Ministry of the Interior on September 13, some officials expressed legal concerns, upon which Interior Minister de Maizière consulted Merkel.

The Chancellor did not make a decision, but demanded assurance from her ministers that the border settlement would hold true in front of courts and that there would be a peaceful operation by the German army against refugees.

Interior Minister de Maizière then discussed whether these guarantees could be provided with the Secretaries of State, leading officials and police officers. Without the required guarantees neither the Chancellor nor the Interior Minister were prepared to order the border settlement for refugees.

As a result, the already completed order to the federal police was rewritten. The new version ordered "third-country nationals with an asylum claim are to be permitted entry even without legally binding documents."

Die Welt based its article on the research from Journalist Robin Alexander's new book. The book titled "The Driven - Merkel's Refugee Policy. Reporting from the Inside of Power," will be exclusively previewed in the "Welt am Sonntag" issue and will be published by Siedler-Verlag on March 13.