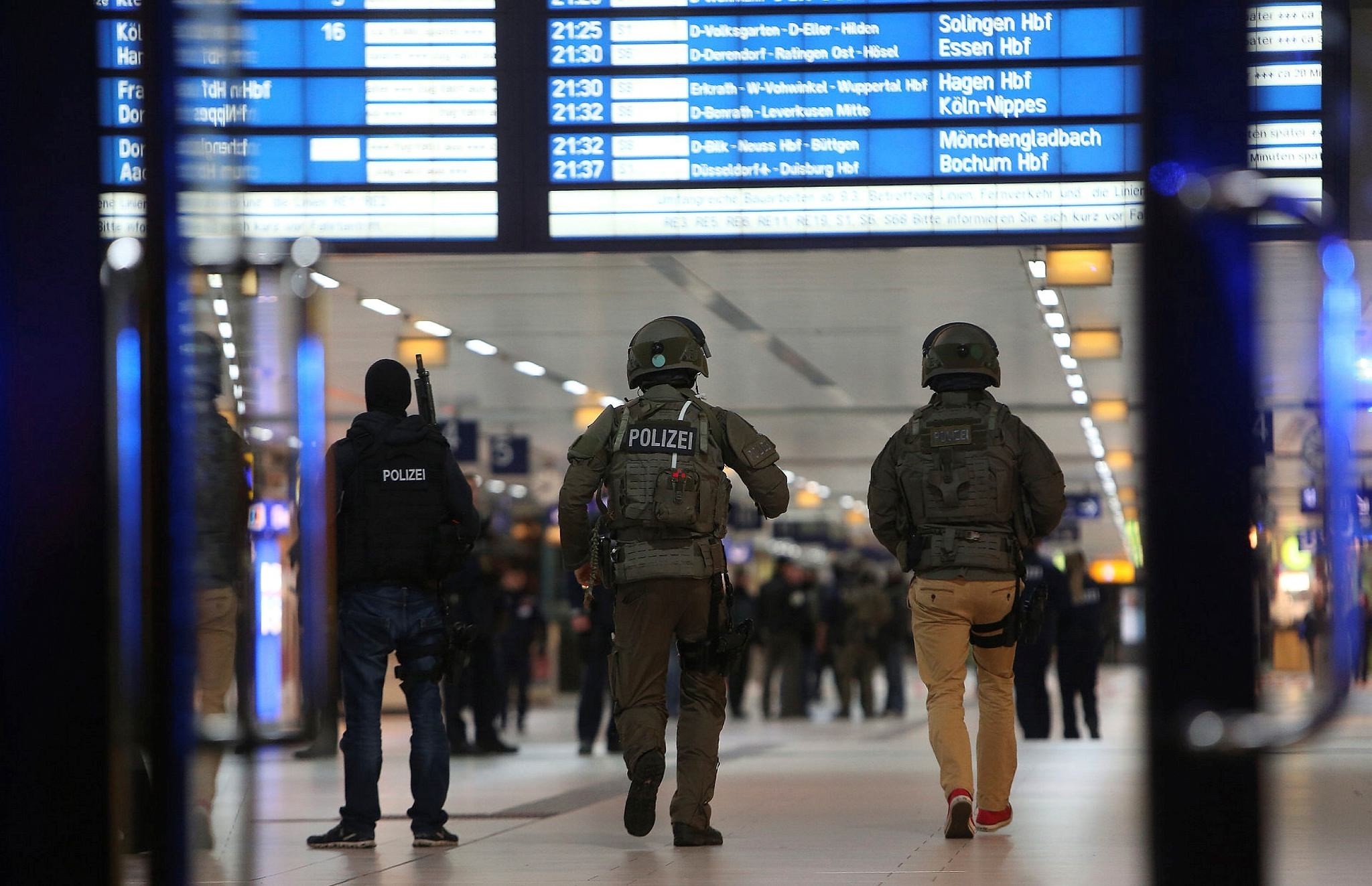 A spokeswoman for Duesseldorf police Anja Kynast told The Associated Press that the man arrested was also injured. She was unable to say how serious any of the injuries were.

Earlier, a spokesman for federal police, who are usually in charge of policing train stations, had said two people were arrested and further attackers might be on the run.

Kynast says officers are searching the station and its surroundings, but that they do not have concrete information about further attackers at this stage.