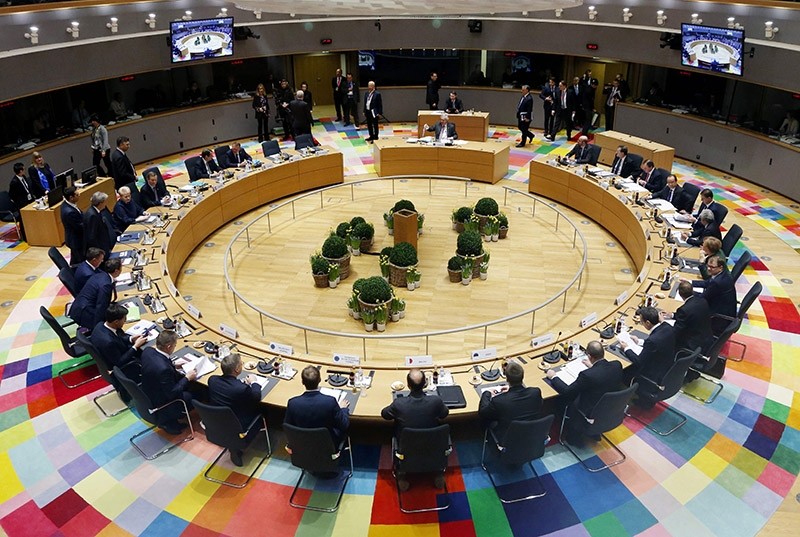 The leaders of the European Union tried to put a poisonous row with Poland behind them on Friday but struggled to agree on ways to hold the bloc together following the shock of Britain's vote to walk out.

Prime ministers and presidents of the 27 surviving members met for a second day in Brussels, after Britain's Theresa May had left. Their goal was to set out guidelines for officials to draft a rousing declaration of unity and progress which they will then endorse at a ceremony in Rome in two weeks' time.

But that event on March 25, the 60th anniversary of the signing of the bloc's founding treaty in the Italian capital, has been overshadowed by May preparing to launch the two-year Brexit process in the coming days and by a furious row on Thursday with Warsaw, the major eastern power in the EU.

Beata Szydlo found herself totally isolated in a vain attempt to block the reappointment of Donald Tusk, her predecessor as Polish prime minister, as the chair of EU summits. It was a relatively minor issue but touched a raw nerve with Tusk's nemesis Jaroslaw Kaczynski, Szydlo's party leader.

That personal enmity, fed by a heated domestic political debate in Poland, saw the Warsaw government alienate even its closest allies like Hungary and Slovakia. They lined up with all the rest to back Tusk and sweep aside Szydlo's objections.

The Polish refusal to compromise -- Szydlo even withheld her approval from the entire official record of the summit, forcing officials into awkward legal nuances -- angered many and cast a pall over Friday's proceedings.

Luxembourg Prime Minister Xavier Bettel accused Szydlo of childish petulance: "This is a boycott," he said. "A reaction of defiance from the corner, not behaving like adults."

Austrian Chancellor Christian Kern said: "I see no sense in getting offended and retreating into a corner, whether for the Poles or the rest ... The Poles have the same interest as we have, to make progress in terms of security and the economy."

Leaders on Friday morning were studying a series of proposals for a Rome Declaration drafted by Tusk's staff and the Italian hosts. Diplomats said no formal proposed draft of the March 25 text would be produced on Friday but that officials would work on it over the coming two weeks.

It will need to navigate competing demands; rich, western states led by Germany and France argue that the lesson of Brexit should be that the EU should deepen integration, at least among some countries in certain areas such as the economy and defense, in order to shore up flagging popular support for the Union.

Poland and others in the east, where public support for the Union is bolstered by subsidy payments funded by the west, are loath to give up any national sovereignty again - secured only after the Cold War - to an EU that Warsaw's foreign minister described on Thursday as being subject to "German diktat".