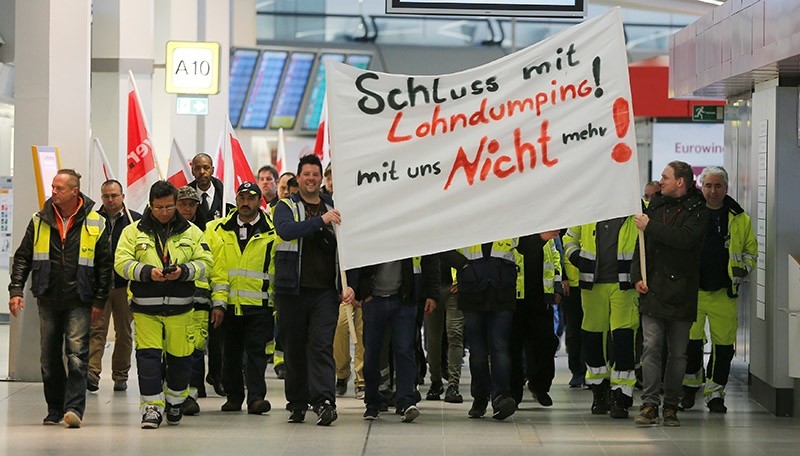 Nearly all flights were cancelled at Berlin's two airports on Friday due to strike action by ground staff, who want an increase in pay to 12 euros ($12.71) from 11 euros an hour.

Berlin Airport, which operates Tegel and Schoenefeld, said 455 flights had been cancelled at Tegel and 204 at Schoenefeld as of 0615 GMT.

The Verdi union says some 2,000 ground crew personnel it represents walked off the job starting at 4 a.m. and will remain on strike until Saturday at 5 a.m. in an effort to increase pressure on employers amid new wage negotiations.

Verdi says it has not yet received an offer that would form the basis for negotiations, adding that it finds this "incomprehensible" in view of recent agreements with crews at other German airports.

"We are ready for talks at any time, of course also over the weekend, and open for a new offer," said Enrico Ruemker, strike leader at trade union Verdi.

The industrial action comes as many trade visitors try to make their way home from the world's biggest tourism trade fair, the ITB, which ends in Berlin on March 12.

The airport operator advised passengers to check their flight status with airlines before setting off for the airport.