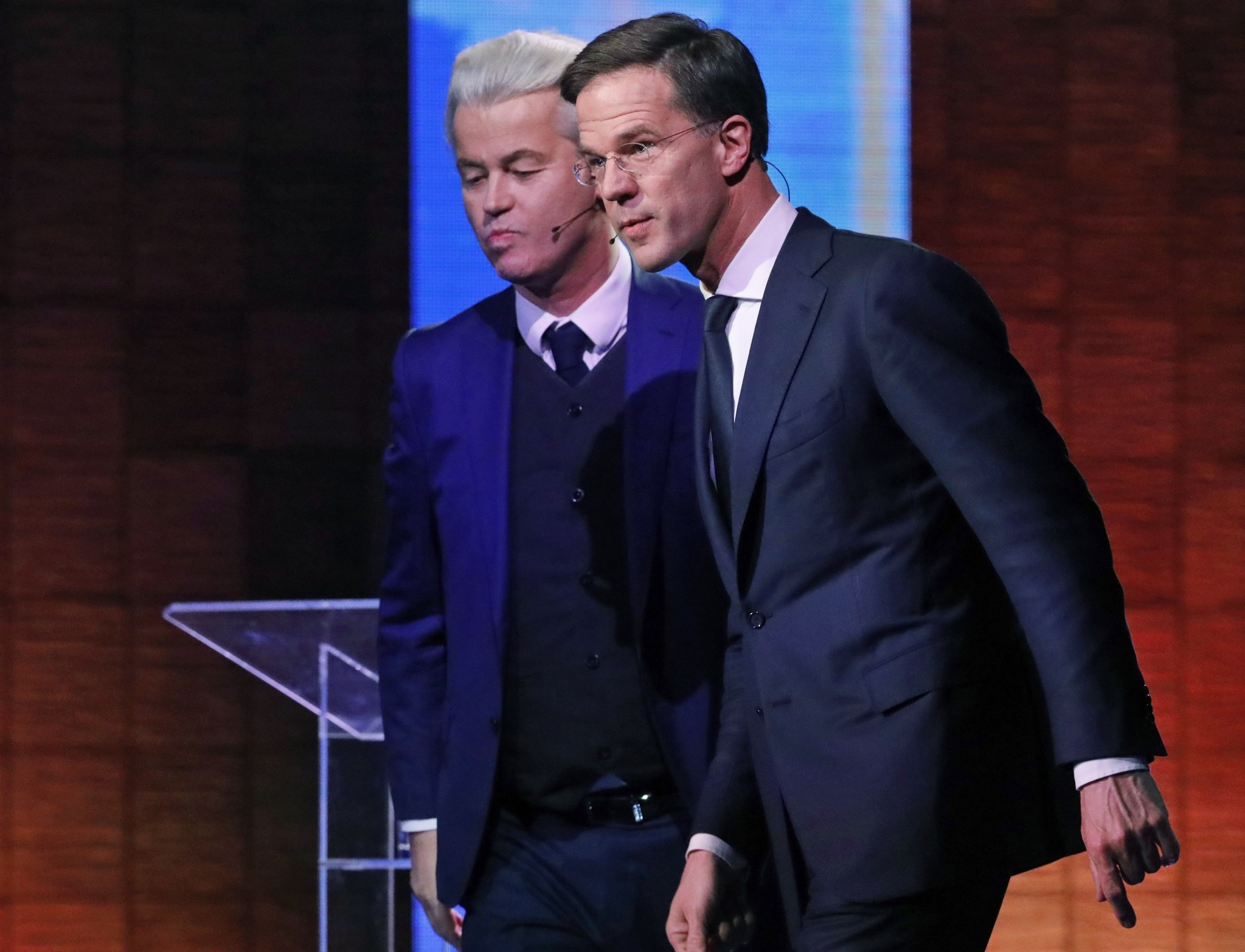 Dutch conservative and anti-Islam parties have gained the most from the diplomatic row and weekend rioting over barring Turkish family minister from entering Turkish Consulate in Rotterdam, a snap poll published on Monday showed.

With two days to go until the Dutch vote in a pivotal parliamentary election, pollster Maurice De Hond found that the spat between the Netherlands and Turkey, and Saturday's night of protests by Turks in Rotterdam, had benefited the two parties that have been carrying anti-immigrant and ani-Islam policies.

The poll showed Prime Minister Mark Rutte's pro-business VVD party on track to win 27 seats in the 150-seat parliament with 18 percent of the vote, three more than in the pollster's last survey, published on Sunday but taken before the weekend.

Geert Wilders's anti-Muslim Freedom Party was in second place with 16 percent, or up two seats to 24.

In the latest Peilingwijzer poll of polls, the two parties are on 16.2 percent and 13.4 percent respectively.

"It is quite clear that preferences have changed since Saturday," De Hond wrote. Voters who had considered the VVD as just one option were now more likely to vote for the party, while likely PVV voters were stronger in their convictions.

Rutte and Wilders go head to head on Monday evening in a television debate that could prove decisive in shaping voters' preferences before they go to the polls on Wednesday.

The Dutch government barred Turkish Foreign Minister Mevlüt Çavuşoğlu from flying to Rotterdam to speak at a rally on Saturday and later stopped Family Minister Fatma Betül Sayan Kaya from entering the Turkish consulate there. She was later deported to Germany after being declared as "undesirable alien" by the Dutch authorities.

De Hond's polling suggests voters approved of Rutte's handling of the situation. Wilders, an opponent of Muslim immigration, said it was only the threat from his party that made Rutte take such a hard line.

Wilders has little chance of forming a government, since other parties have ruled out a coalition with a party they view as racist. A PVV win would nevertheless send shock waves across Europe.

The French presidential election begins next month, with far-right, anti-euro leader Marine Le Pen seen winning the first round but losing heavily in the run-off.

In September, right-wing, eurosceptic party Alternative for Germany is likely to win seats for the first time in the German federal parliament.