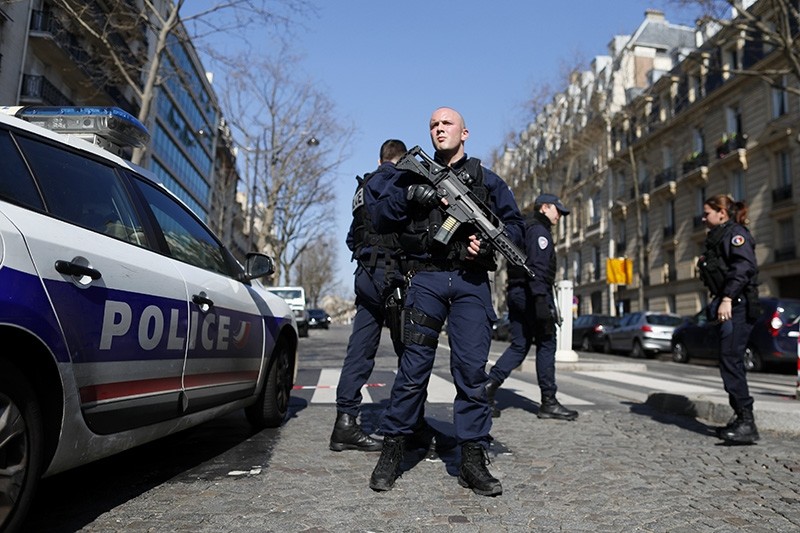 A letter bomb exploded Thursday at the French office of the International Monetary Fund, lightly injuring one person, according to Paris police.

Staff from the IMF office were evacuated and armed military officers and police guarded the area, in a chic district of western Paris. The World Bank office in France is in the same compound.

It is unclear who sent the homemade explosive, which was like a "big firecracker" and sent by regular mail, said Paris police chief Michel Cadot. He said the IMF office had received threatening phone calls in recent days but they were not necessarily linked to Thursday's incident.

IMF director Christine Lagarde, who is French, said in a statement that she was informed about the explosion while on a trip to Germany. "I condemn this cowardly act of violence and reaffirm the IMF's resolve to continue our work in line with our mandate," she said.

The secretary who opened the letter was injured by shrapnel in the face and hurt in the eardrum because of a "rather violent noise," the police chief said.

Police searched all four floors of the building, Cadot said. No one else was injured and only light damages were incurred.

Thursday's incident came a day after a package arrived at the German Finance Ministry containing low-grade explosives, like those used in firecrackers. In the German incident, mailroom employees quickly identified the package as suspicious and called in experts, who destroyed it with a controlled explosion.

France remains in a state of emergency after a string of deadly Daesh terrorist attacks over the past two years.