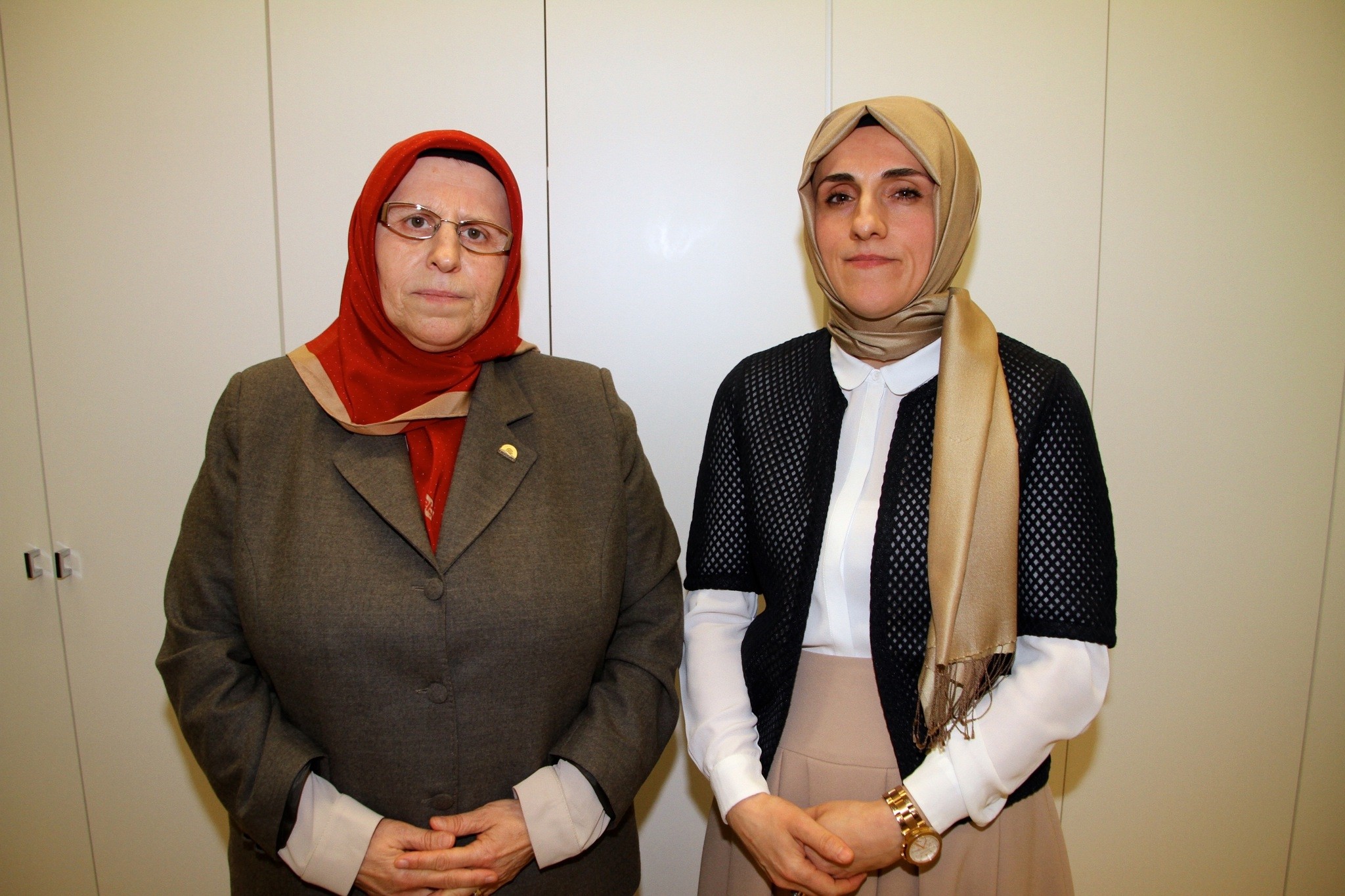 Two Turkish nationals living in Germany have said they are going to sue the Dutch authorities over their "illegal" deportation to Germany, after having been barred from traveling to Rotterdam on Saturday to join a planned meeting with Turkey's Family Minister Fatma Betul Sayan Kaya.

Güleser Topuz, a Turkish businesswoman from Cologne, slammed the Dutch police for blocking their travel to Rotterdam without any sound reason, despite EU laws guaranteeing freedom of movement, and said she would file a complaint.

"We were treated as if we had been involved in a terror incident. We were encircled by the police as if we were an existential threat to the Netherlands," Topuz told Anadolu Agency.

Topuz and her friends from the Union of European Turkish Democrats, or UETD, were traveling in a van when they were stopped at a gas station near Rotterdam on Saturday.

"We were forced to wait for one-and-a-half-hour, and later we were deported. We were told that we would not be able to enter the country again. This is unacceptable," she said.

Ayşe Asut, president of the women's branch of the UETD, said her deportation violated human rights, and EU laws as a Turkish-German dual citizen.

"Being an EU citizen, my deportation from the Netherlands without any reason, is clearly a violation of human rights, and EU laws," she said.

"We will take all legal actions against this injustice. We will seek justice and not let this be forgotten," she added.

Relations between Turkey and the Netherlands plunged into a crisis over the weekend after Dutch authorities barred two Turkish ministers from addressing the expat community ahead of the upcoming constitutional change referendum on April 16 in Turkey.

On Saturday, Turkish Foreign Minister Mevlut Cavusoglu was refused permission to land in Amsterdam and Family Minister Fatma Betul Sayan Kaya -- who had traveled to the Netherlands from neighboring Germany -- was forced to leave the country under police escort after being blocked from entering the Turkish consulate in Rotterdam.

When Turkish citizens in Rotterdam tried to peacefully protest, they were met by police using batons, dogs and water cannons, in what some analysts called a disproportionate use of force.

Turkey has strongly condemned the incidents and suspended high-level diplomatic ties with the Netherlands.