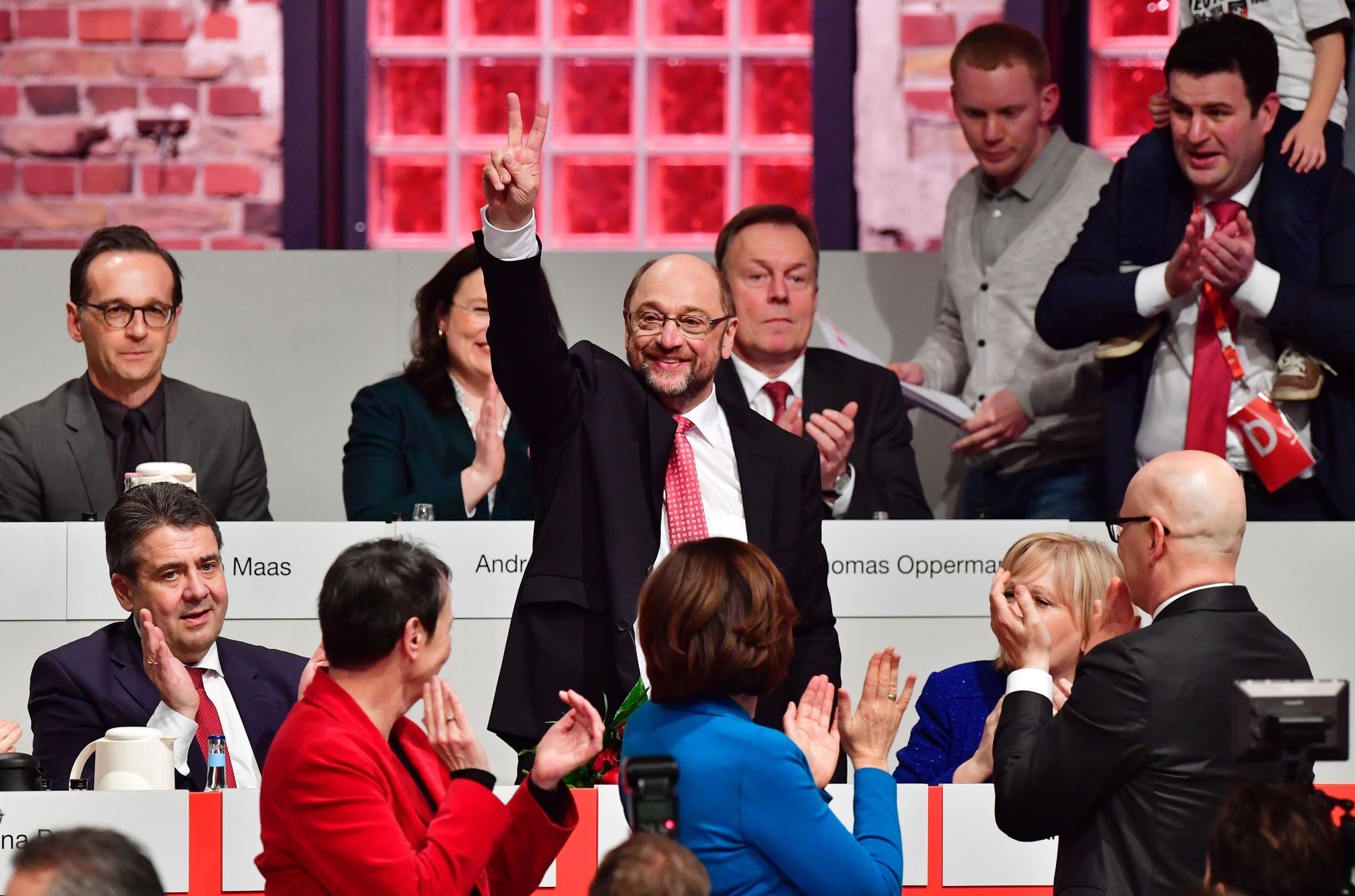 Party leaders had unexpectedly nominated Schulz in January after long-time chairman Sigmar Gabriel stepped aside. Since then, the Social Democrats have enjoyed a surge in the polls that's been attributed to the "Schulz effect."

In a speech to delegates at a special convention in Berlin, Schulz evoked the party's 154-year history of campaigning for workers' rights and called for greater investment in education and health care.

He blamed the growing gap between average voters and the ultra-rich for souring politics and for boosting the popularity of nationalist and populist politicians.

The 61-year-old, who was until recently the president of the European Parliament, said his party would work to strengthen international cooperation, including with the United States, but rejected what he called the "misogynistic, anti-democratic and racist" rhetoric of President Donald Trump.

Schulz, the only nominee for the post of party chairman, received 100 percent of the delegates' votes, an unprecedented result in its post-war history.

An opinion poll published Sunday by the weekly Bild am Sonntag put support for the Social Democrats at 32 percent, one point behind Merkel's Union bloc. Analysts say Schulz benefits from being a relative newcomer to domestic politics compared to Merkel, who is running for a fourth term on Sept. 24.

The first real test of the "Schulz effect" comes next Sunday, when voters in the small western state of Saarland go to the polls to elect a new government. Schulz and Merkel's parties are currently in a coalition government in the state, as they are at the national level.