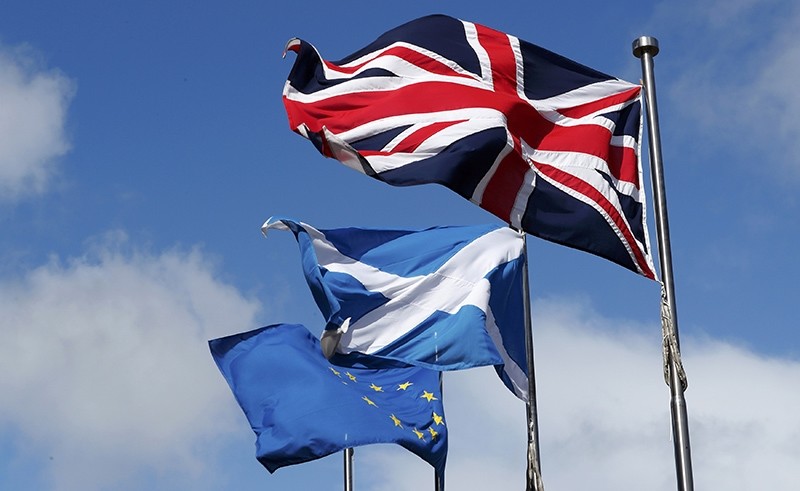 The Union flag,The Scottish Saltire and The European flag fly at the Scottish Parliament in Edinburgh Scotland (Reuters Photo)
by reuters Mar 22, 2017 12:00 am

Scotland's parliament suspended a crucial debate on Wednesday on whether or not to hold a new independence referendum as Britain prepares to leave the EU, following a terror attack in London.

"The fact that our sister parliament had a serious incident is effecting this particular debate," the Edinburgh parliament's presiding officer Ken Macintosh said in a statement to parliament.

No date for the debate to resume was given.

The Scottish parliament issued a statement saying it would increase security measures, although no specific threat to Scotland had been detected.

London's permission for a new Scottish referendum is needed because any legally binding vote on United Kingdom constitutional matters has to be authorised by the UK parliament.

Prime Minister Theresa May has not completely ruled out another Scottish independence vote but has vowed to fight for what she has called the "precious union" of the United Kingdom.