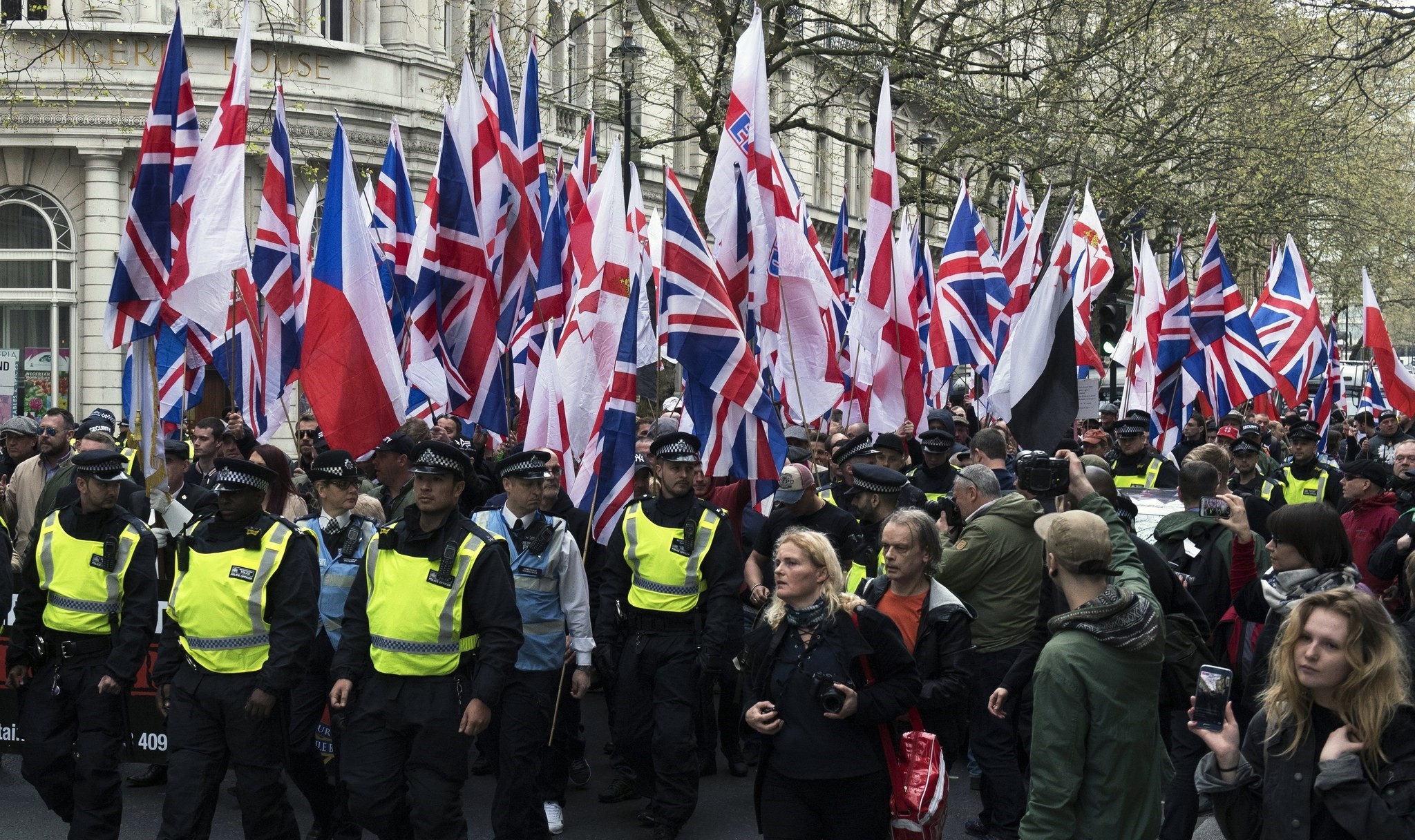 British police have arrested 12 people and are taking steps to prevent clashes between far-right groups and anti-fascist demonstrators in London.

London's Metropolitan Police imposed conditions on the march and rally Saturday by Britain First and the English Defence League, which is described as a march against terrorism.

It's taking place near a counter-demonstration from the Unite Against Fascism group.

Crowds must obey conditions, including following a particular route. Protesters gathered at Trafalgar Square and spilled on to nearby roads.

The protests come just 10 days after attacker Khalid Masood launched an 82-second rampage near Parliament that left four people dead, mowing down three pedestrians on Westminster Bridge and stabbing a police officer in a Parliament courtyard.