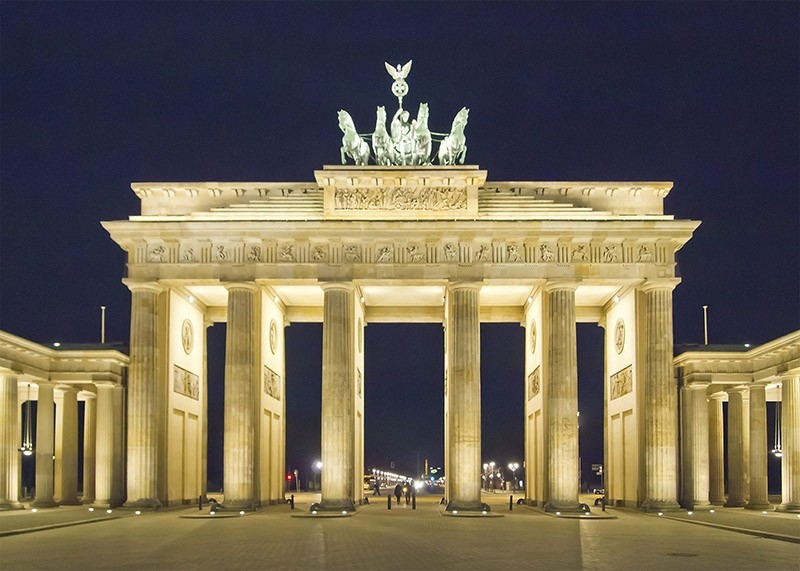 Berlin officials said on Tuesday that the Russian flag was not emblazoned on the German capital's iconic Brandenburg Gate following a deadly terrorist attack in Russia because St Petersburg is a not one of Berlin's official partner cities.

Like Paris' Eiffel Tower, Tel Aviv's city hall and other famous landmarks, the Brandenburg Gate has been illuminated in other countries' national colours to express solidarity in the wake of terrorist attacks.

A spokesman for Berlin's government said on Tuesday that the Russian colours had not been projected on Monday evening because St Petersburg was not an official partner, and that it would only deviate from this rule in exceptional cases.

The landmark has been illuminated in the national colours of France, Belgium, Britain and Turkey after terrorist attacks in Paris, Brussels, London and Istanbul, all of which have official city partnerships with Berlin.

In January, Berlin officials projected Israel's national colours onto the Brandenburg Gate, in a show of support after a terrorist truck attack in Jerusalem which left four soldiers dead, although Jerusalem is not a partner city.

After an Islamist shooting attack at an Orlando gay club last year, Berlin officials used the rainbow flag - a symbol of lesbian, gay, bisexual and transgender (LGBT) pride and diversity - to illuminate the landmark.

The news comes one day after the deadliest ever terrorist attack in the northern Russian city, in which 14 people have died so far.