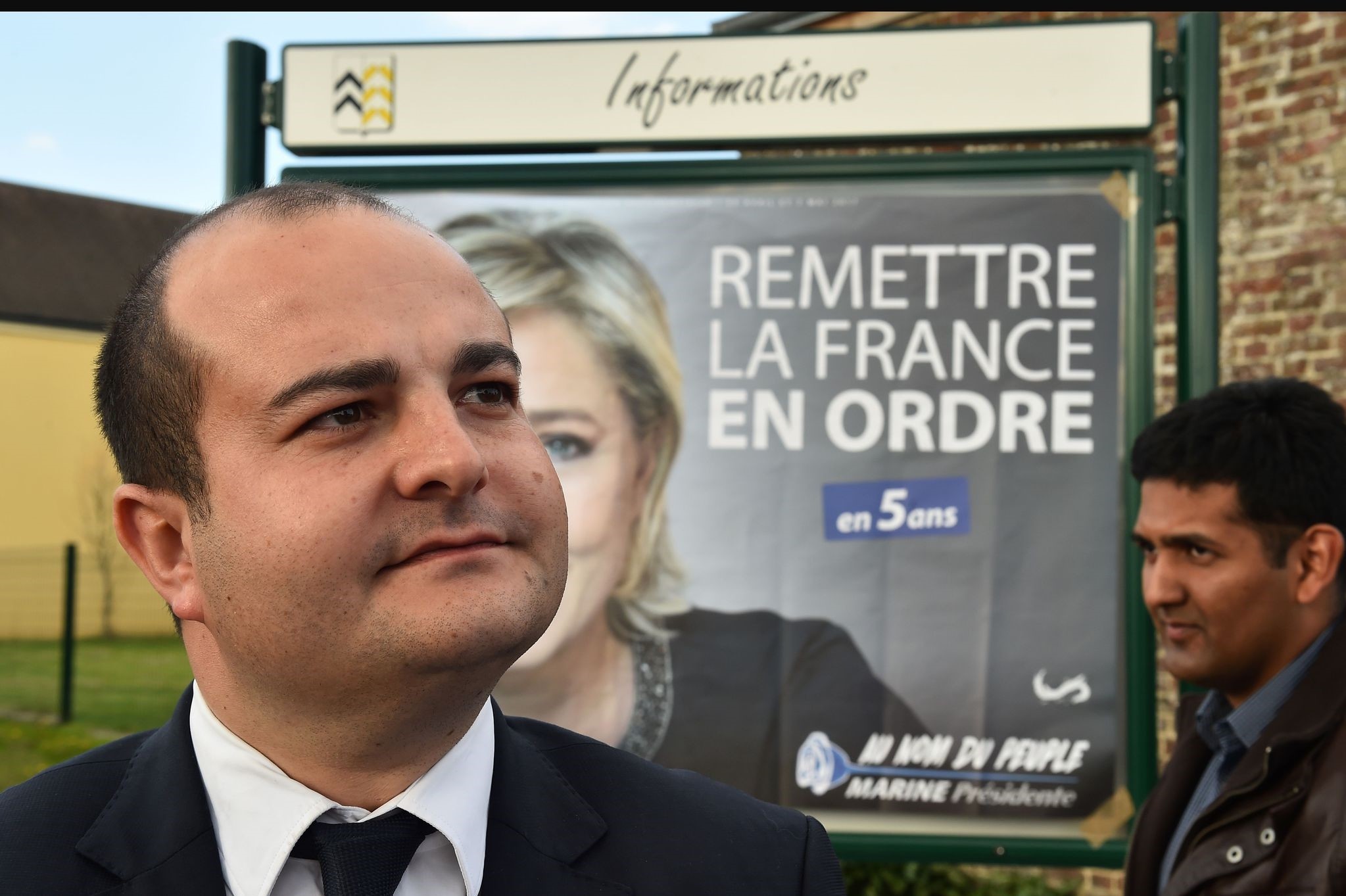 A French prosecutor is investigating the activities of the far-right National Front on a regional council in northern France, a judicial source said on Tuesday after a newspaper reported a top party official was suspected of being paid for fake work.

The Canard Enchaine satirical newspaper said a preliminary investigation by the prosecutor in Lille focused on David Rachline, campaign director for party leader Marine Le Pen, a leading candidate in the presidential election.

Rachline, 29, a rising young star in Le Pen's anti-immigration and anti-euro party, had been on the payroll of the Lille-based regional council while at the same time being an elected councillor in a region in Provence, about 1,000 km (625 miles) to the south, it said.

Rachline said the investigation bore the hallmark of "a political attack".

"This is a probe directly targeting the candidate and her campaign director," he told Reuters. " It's a good pretext to legally wiretape the campaign director of one of the opposition's leading figures."

The fake job allegation involving the National Front is the latest such scandal to beset candidates in the two-stage election due to take place on April 23 and May 7.

It came just hours ahead of a televised debate by all 11 presidential rivals on Tuesday night.

Conservative candidate Francois Fillon slumped from being front-runner to trailing in third place, according to opinion polls, after the Canard Enchaine reported in January that he paid his wife and two children hundreds of thousands of euros in tax-payers' money for work they did not properly carry out.

Fillon, a 63-year-old former prime minister, and his wife are now under formal investigation for fraud. Fillon has denied any wrongdoing and has said he will not allow the scandal to affect his drive for the presidency.

In a separate action involving the National Front, French judicial police in February questioned her bodyguard and chief of staff in relation to a probe into alleged misuse of EU funds to pat parliamentary assistants.

Opinion polls see Le Pen possibly coming first in the first round of the election in April but losing by a sizeable margin to independent centrist Emmanuel Macron in the May runoff.