Drug trafficking by mail in Germany surges by 232 pct 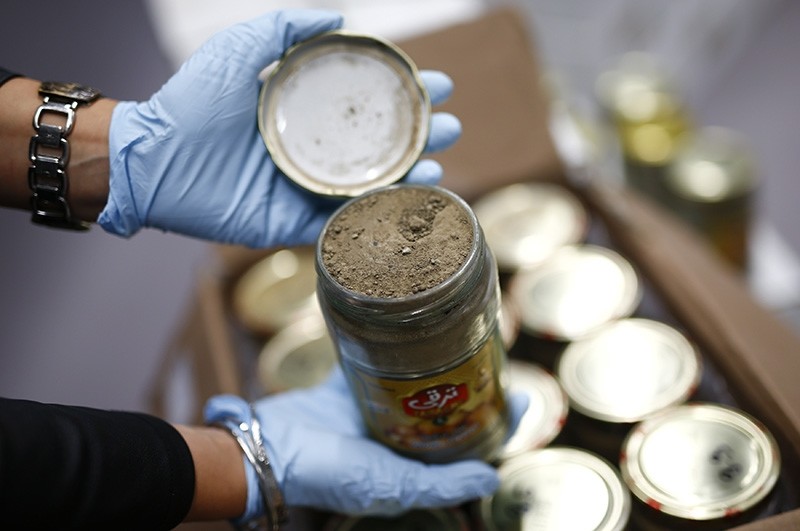 A member of the German Criminal Investigation Division (BKA) displays a glass jar of seized heroin in Wiesbaden (Reuters File Photo)
by Apr 05, 2017 12:00 am

Germany's customs office reported on Wednesday a 232 percent surge in the trafficking of drugs via the post last year thanks to the rise of the so-called darknet, one of the dark corners of the internet where illicit goods are often traded.

"We have seen a dramatic shift in drug smuggling from travellers arriving in the nation shipments made using postal services," said Albrecht Vieth, who heads up Frankfurt airport's customs office.

He said that a reason has been darknet where small amounts of drugs are often ordered and shipped.

Vieth said the number of drugs seized in the mail at the airport soared by 232 per cent to 4,515 last year.

"Frankfurt airport is a hub for the global drug smuggling business," said Vieth, noting that every day 35 so-called high-risk flights arrive at airport.

The Frankfurt airport customs' data is in line with the concerns of other authorities around the world who have reported a rise in criminal and possibly terrorist activities linked to the darknet, where the operators of websites are hidden and often difficult to trace.

Overall the number of drugs intercepted by the customs authorities at Frankfurt airport rocketed up by 182 per cent to a total of 4,675 as a result of the sharp rise in illegal substances shipped through the post, Vieth said.