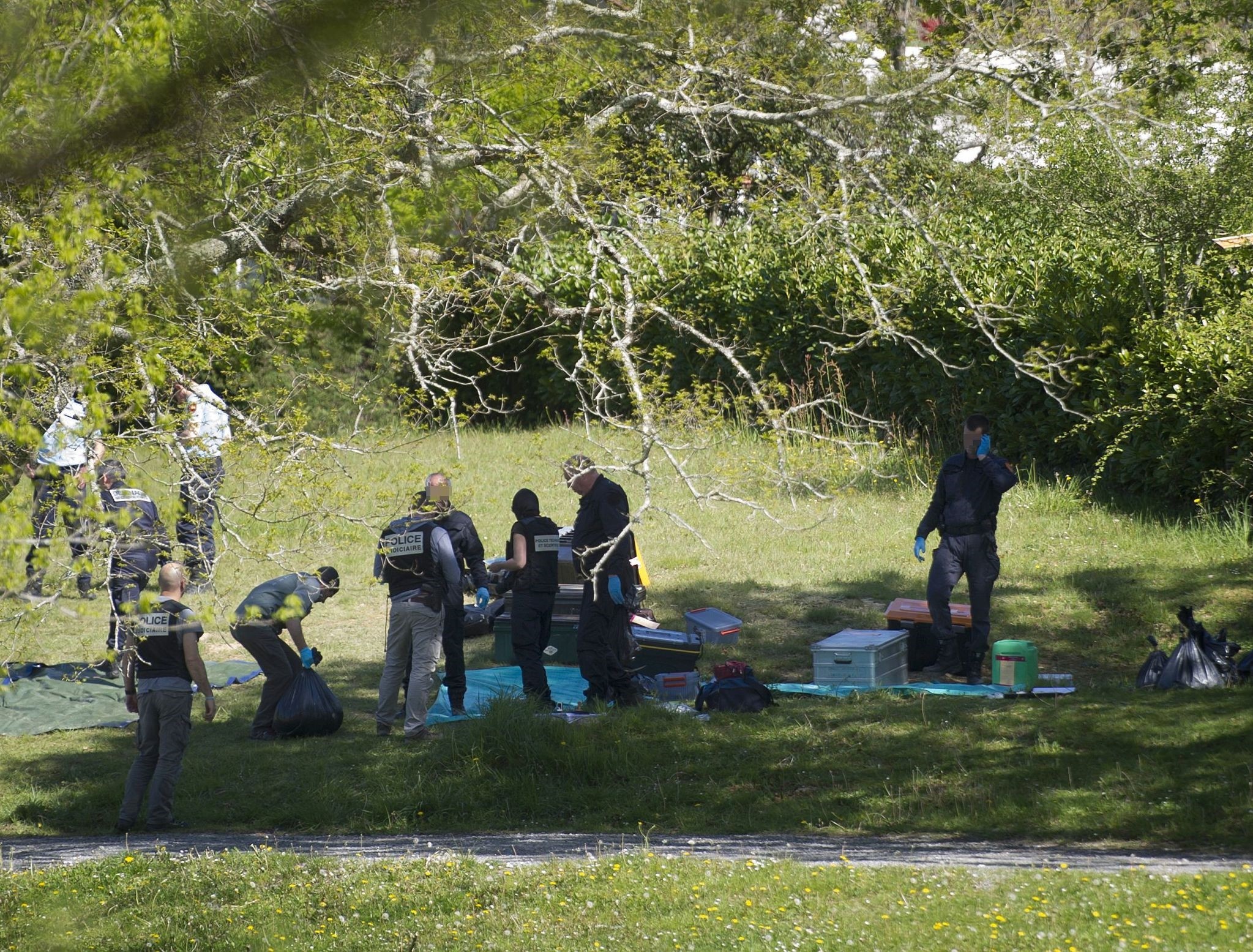 The Basque separatist group ETA on Saturday gave French authorities a list of eight caches where police found weapons, ammunition and explosives — a crucial move toward disarmament and a definitive end to its decades-long violent struggle to carve out a homeland on the French-Spanish border.

The Spanish government urged the rebel group to "ask forgiveness from its victims and disappear."

Paris prosecutor Francois Molins said police have searched each site and discovered, in containers and bags, "dozens of handguns and rifles, thousands of pieces of ammunition, several hundred kilograms of explosives and products that can be used to make explosives, several hundreds of detonators and timers."

A detailed inventory of the ETA weapons caches is underway and the results of French authorities' technical examination and other elements of their investigation will be given to Spanish justice authorities, Molins said.

Inactive for more than five years, ETA said it would hand over its arms, a historic step following a 43-year violent independence campaign that killed 829 people, mostly in Spain.

Disarmament is the second-to-last step demanded by France and Spain, which want ETA to formally disband. The organization hasn't said yet whether it would.

Spain "will not make any evaluation of the handing over of weapons today by ETA until they have been analyzed by French authorities," Interior Minister Juan Ignacio Zoido said in a televised address. "The government will not alter its position: Terrorists cannot hope to receive any special treatment from the government nor immunity for their crimes."

Spain called on the ETA to "announce its definitive dissolution, ask forgiveness from its victims and disappear."

Representatives of the self-appointed Peace Artisans group, who are acting as mediators in the disarmament process, told reporters that ETA had surrendered 120 firearms and three tons of explosives and ammunition.

"We hope that, with this, the movement can move forward to a long-lasting peace in the Basque country," activist Mixel Berhokoirigoin said.

The caches were in southwestern France, a region historically used as a support base by ETA.

Some 20,000 people gathered in the streets of Bayonne, in southwestern France, to celebrate the peace. Many sang slogans calling for convicted ETA members to complete their sentences in their homelands.

Many Basque separatists have pushed for convicted members to serve their prison time closer to their homes, not scattered around Spain and France. The Spanish and French governments have refused.

The Rev. Harold Good, a Methodist minister who helped oversee the Northern Ireland peace process, urged authorities to "bring the prisoners home, to their families ... above all, those who are frail by sickness and by age." He was cheered by the crowd.

The president of the Basque Country's regional government in Spain called the disarmament an "important step with historical value."

"It certifies that there should have never been any ETA victim," Inigo Urkullu said. "All the victims are part of this success."

When speaking about victims, Basque nationalists usually take into account the ETA militants and supporters killed during the "Dirty War" led by government-sanctioned counter-terrorism groups.

The president of the Victims of Terrorism Foundation, Maria del Mar Blanco, whose brother was kidnapped and killed by the ETA in 1997, called for "nobody to rewrite history."

Javier Maroto of Spain's ruling Party Popular said the disarmament is "a step forward, but it's not enough."

In contrast, the pro-independence leader of Sortu, a Basque separatist party linked to ETA, said "the armed struggle is over, but the fight for the same ends goes on."

"As of tomorrow, we need to keep working on the issues of the prisoners, the victims and the demilitarization of the country," Arnaldo Otegi said.

A handful of ETA members are still on the run. Hundreds of killings also remain unsolved, and the arms caches could help lead authorities to some of the perpetrators.