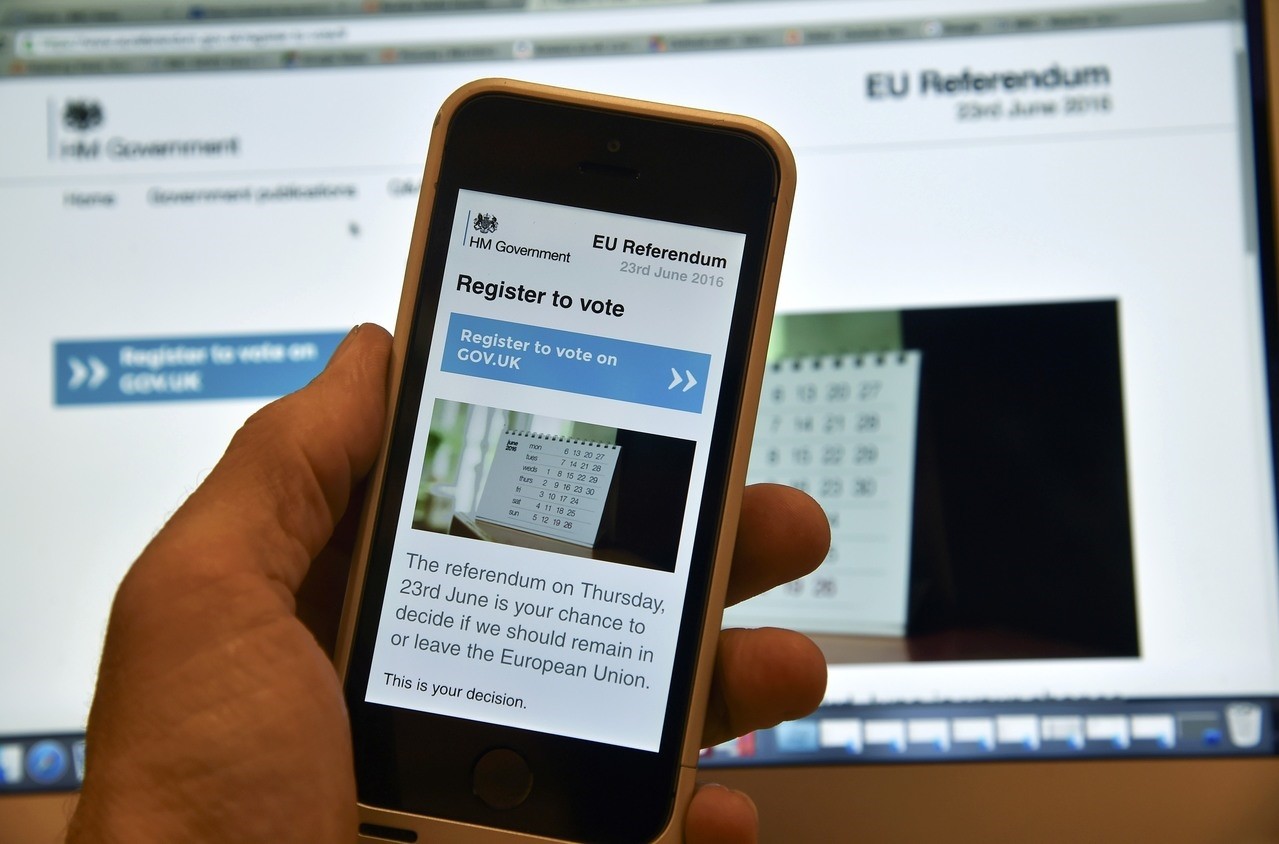 A web page on a voting registration site for the forthcoming British EU referendum is seen on a laptop computer and a smart phone in London, June 8, 2016. (REUTERS Photo)
by reuters
Apr 12, 2017 12:00 am

A website which allowed Britons to register to vote in last year's European Union referendum might have been targeted by foreign hackers causing it to crash before the deadline, a committee of British lawmakers said on Wednesday.

More than a million potential voters applied to register online in the run up to the deadline two weeks before last June's vote and the government extended the cut-off point after the website crashed, blaming it on a late rush by mainly young citizens.

In a report, parliament's Public Administration and Constitutional Affairs Committee (PACAC) said it did not rule out the possibility that the crash was caused by a Distributed Denial of Service (DDoS) cyber attack.

"PACAC is deeply concerned about these allegations about foreign interference," said the report, adding the committee did not believe any interference had impacted the outcome.

Russia has been accused of trying to influence the 2016 U.S. election and the committee said the government needed to ensure future elections and referendums were monitored with plans in pace to respond to and contain any cyber attacks.

"The US and UK understanding of 'cyber' is predominantly technical and computer-network based. For example, Russia and China use a cognitive approach based on understanding of mass psychology and of how to exploit individuals," the report said.

"The implications of this different understanding of cyber-attack, as purely technical or as reaching beyond the digital to influence public opinion, for the interference in elections and referendums are clear."

The committee was also critical of the government's failure to prepare for a vote for Brexit and former Prime Minister David Cameron's motives for calling the referendum in the first place, saying using plebiscites as a "bluff call" to close down "unwelcome debate" was questionable.

Cameron, who had campaigned to stay in the EU while many in his party backed Brexit, quit after losing the vote.

"There was no proper planning for a Leave vote so the EU referendum opened up much new controversy and left the prime minister's credibility destroyed," the report said.