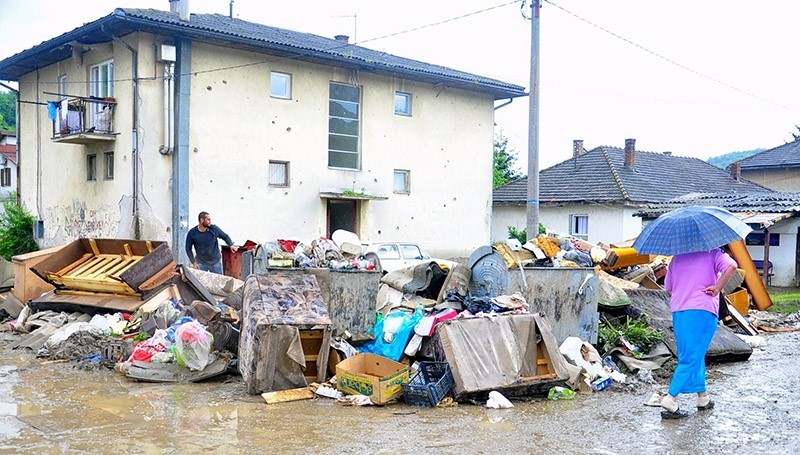 The Turkish Cooperation and Coordination Agency (TIKA) will restore 54 homes affected by the 2014 flood disaster in northern Bosnia-Herzegovina's city of Maglaj.

As part of TIKA's aid project for the flood victims in Maglaj, 54 homes will be restored by August in addition to the already renovated 389 homes, according to a written statement released by the agency.

TIKA has also restored a total of 101 homes located in Bosnia-Herzegovina's Sanski Most and Žepče municipalities since 2014, the statement elaborated, adding that with these figures, the total number of restored homes would add up to 544.

Maglaj Mayor Mirsad Mahmutagić stated that he was very pleased of and thankful for Turkey's help, emphasizing that the two countries' common cultural and historical heritage dating back to the Ottoman era was strengthened with the Natron Hayat factory in the city, which serves as a major employer for the citizens.

"TIKA's humanitarian aid and restoration works after the flood disaster in 2014 have further intensified the fraternity between our people," Mahmutagić said.

In 2014, Bosnia-Herzegovina was hit with the most serious flood disaster of the last 120 years, leading to the destruction of hundreds of homes.

Almost half of Bosnia-Herzegovina's population was affected by the 2014 floods and the severe rainfall that followed.