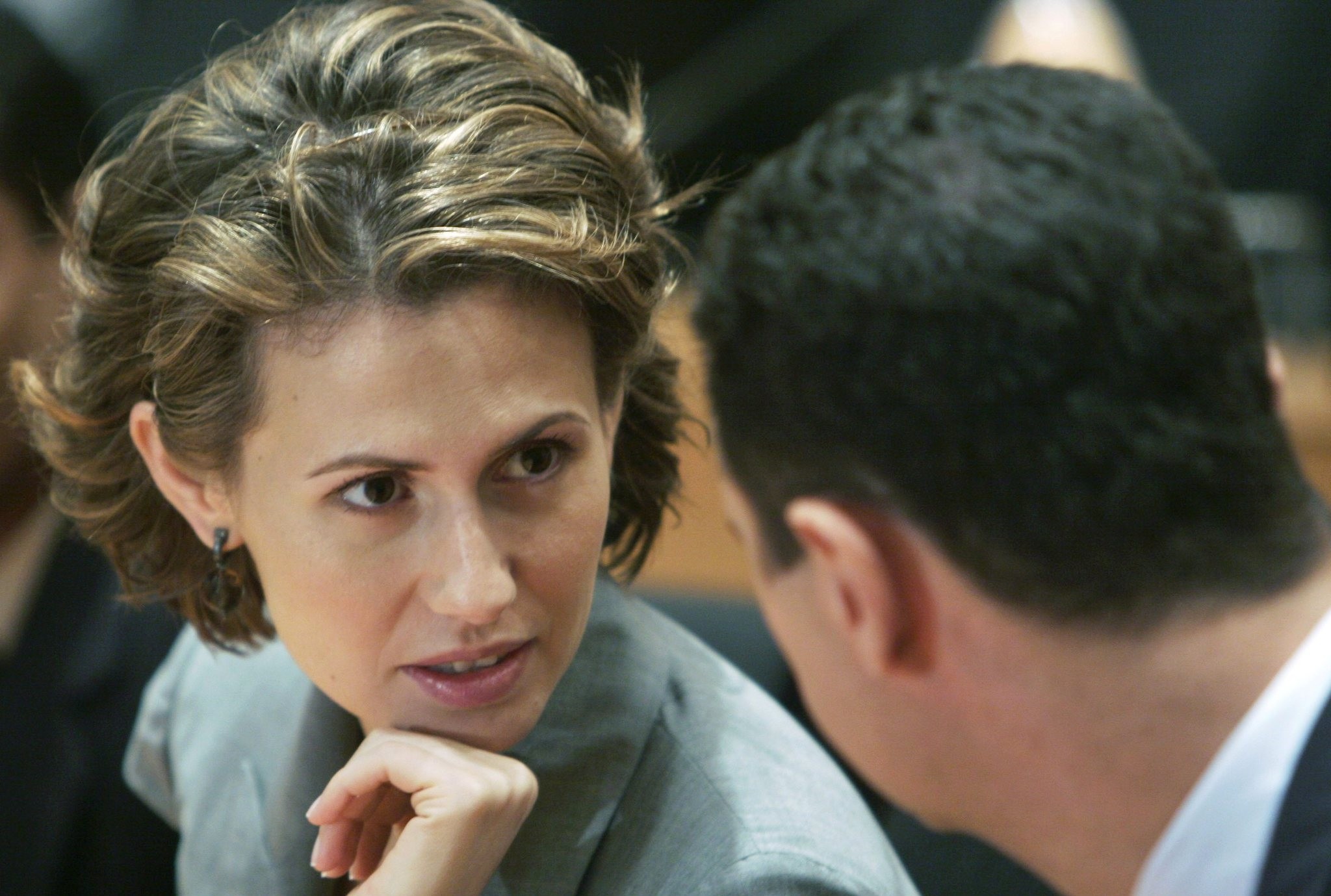 In this 2008 file photo, Bashar Assad, right, listens to his wife Asma Assad during their visit to the campus of Infosys Technologies Ltd in Bangalore, India. (AP Photo)
by Apr 18, 2017 12:00 am

UK lawmakers are calling on the government to strip Syrian regime leader Bashar al-Assad's wife of her British citizenship, for supporting her husband's brutality during the country's ongoing war.

"(Foreign Secretary) Boris Johnson has urged other countries to do more about Syria, but the British government could say to Asma Al-Assad -- either stop using your position to defend barbaric acts, or be stripped of your citizenship," Brake said.

His remarks follow Johnson branding the regime leader an "arch-terrorist", in a Sunday Telegraph newspaper article calling on Syria ally Russia to end its support for Bashar al-Assad.

Brake's comments echoed those of MP Nadhim Zahawi, from the ruling Conservative Party.

"The time has come where we go after (Bashar) Assad in every which way, including people like Mrs Assad, who is very much part of the propaganda machine that is committing war crimes," he was quoted in the Sunday Times newspaper as saying.

Once hailed as a progressive rights advocate, Assad has fallen from international grace during Syria's ongoing war which has killed more than 320,000 people since erupting in 2011.

The 41-year-old, who is believed to hold joint British-Syrian nationality, has stood by her husband's side in his rare public appearances, posing for selfies with supporters in photos posted to the presidency's Instagram account.

The couple's marriage was announced six months after he assumed the country's leadership in July 2000. They had met at a party hosted by the British Syrian community in London.

Assad's ongoing support for her husband allows Britain to deprive her of her UK citizenship, according to the Liberal Democrats, which served in an uneasy five-year coalition government with the Conservative Party until 2015.

"If Asma continues defending the Assad regime's murderous actions, the onus will be on the UK Government to deprive her of her citizenship or demonstrate that her actions are not seriously prejudicial to the vital interests of the United Kingdom," said Brake.

He is due to write to Home Secretary Amber Rudd outlining the view of the Liberal Democrats, which holds nine seats in British parliament.

The home office would not comment on whether the government would take action against Assad, who previously worked as an analyst for Deutsche Bank and JP Morgan.

"The Government takes its duty to protect the British public exceptionally seriously.

"We cannot discuss individual cases but the Home Secretary can deprive individuals of their citizenship where it is conducive to the public good to do so," a spokesman told AFP.