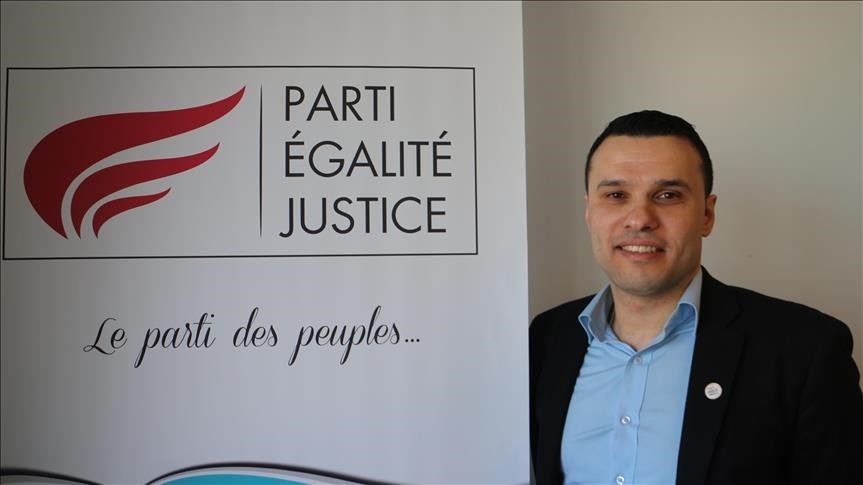 The Turkish-Muslim Equality and Justice Party (PEJ), which mainly consists of young immigrants, will participate in France's June parliamentary elections.

The party was founded in January 2015, however some of its members had previously run in Municipal elections as independents. The party leader, Şakir Çolak, told Anadolu Agency that some of the members of the PEJ underwent their political formations within more "classical" parties like the Socialist Party (PS) or the Union for a Popular Movement (UMP), but came to find those parties to be too rigid.

Çolak, who took over the role of the party chairman from PEJ founder Hikmet Hüseyinbaş in 2016, said that the principal aim of the party was to combat inequality and injustice. The party endeavors to alter stereotypes and to allow young people from a migrant background to become more active participants in political life.

The party's chairman stressed that PEJ members did not want to turn politics into a profession, but rather hoped to use the newly founded party as a vehicle for widening the room for debate in the country.

Çolak added that the existing political system in France did not approve of difference and thus it had become necessary to found a new party that accepted and promoted diversity. PEJ will have to compete in a political arena in which extremist parties are in vogue.

PEJ, which is likened to the DENK party in Holland, has been confronted with accusations of being Turkey's "arm" in France since it was founded. In view of these charges, Çolak stressed that PEJ is a French political party and that the parties considered "normal" are the ones responsible for the current political situation in France.