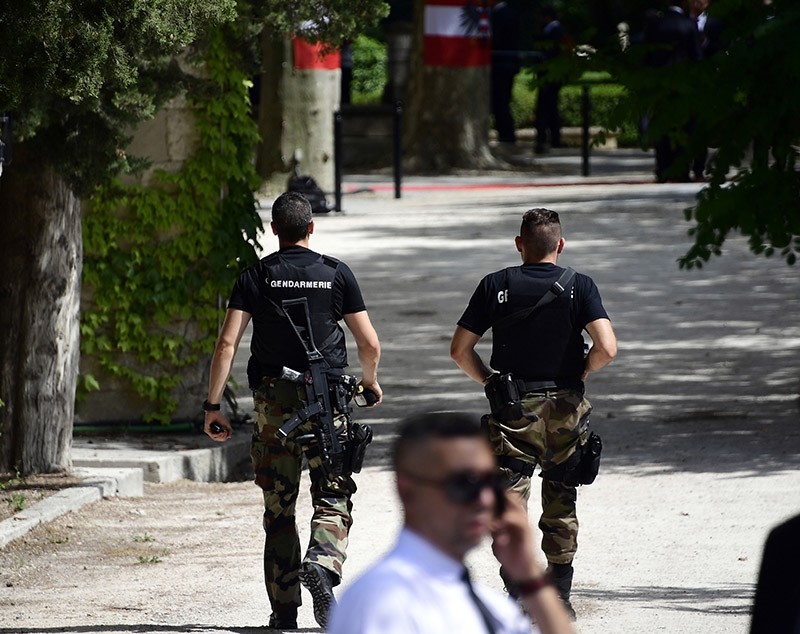 Police officers patrol at the hotel of the Austria's national football team after their arrival for the EURO 2016 football championship, in Mallemort, on June 8, 2016. (AFP Photo)
by daily sabah Apr 21, 2017 12:00 am

Austrian police has conducted nationwide raids on Thursday, detaining a total of 26 people, who are suspected to be leading members of the "Staatenbung Österreich," which is a so-called organization that does not recognize Austria as a legitimate state.

A total of 454 police officers participated in the large scale operations, the Austrian Interior Ministry said in a statement.

The "Staatenbund Österreich" is a similar group to Germany's "Reichsbürger," whose members do not acknowledge the state.

The group is currently estimated to have a thousand members, and its growing violence and threat to security were the reason for Austria's latest nationwide raids.

Austrian investigators have long been tracking the suspected "Staatenbund" members, and said that the suspects even planned illegal trials against current mayors, bank employees and judges.

For the past few years, Austria's neighboring country Germany has been trying to take action against the "Reichsbürger" extremist group, whose members believe that the former German Reich still exists with its 1930s borders and continue to follow the laws of that time.