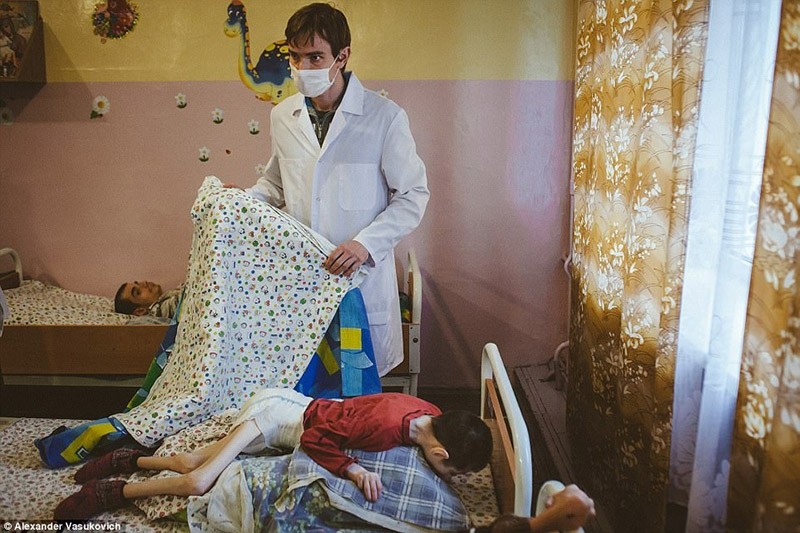 Around 100 severely malnourished and neglected children have been discovered in various orphanages in Belarus, with some of the kids weighing as little as 15 kg or less, reports said on Friday.

The exposure of images from orphanages located in the Belarusian capital Minsk, showing children physically resembling concentration camp survivors by the Belarus online magazine "Imena," reportedly caused national outcry. The story was covered by various international media outlets, who spoke with several officials in charge of the children's homes.

Some of those responsible for the children's homes reportedly offered poor excuses, which point to the fact that there is a very low level of awareness about the needs of severely ill and disabled children in orphanages. Ella Borisova, director of the Cherven orphanage near Minsk, seemed to be sorry for the children but reportedly told the Guardian that they are children with special needs, who would never stand up or walk on their own without receiving enteral nutrition. High-nutrition food however is both expensive and not readily available in Belarus, Borisova said. It had to be prescribed separately by doctors, the director of another orphanage explained.

Local doctors had reportedly tried to attract public attention by organizing a charity festival in order to raise money for special calorie-rich nutrition, but received no response. The situation at Belarus orphanages finally came to public attention when a doctor in one of the institutions asked journalists to come to a charity football match.

Two orphanage directors were dismissed, while a third one received a reprimand, and Belarus authorities have launched an official investigation. The prosecutor's office has made a statement to local media, claiming that "If regular medical checks involving dedicated experts had taken place, the abnormal condition of the children would have been obvious."