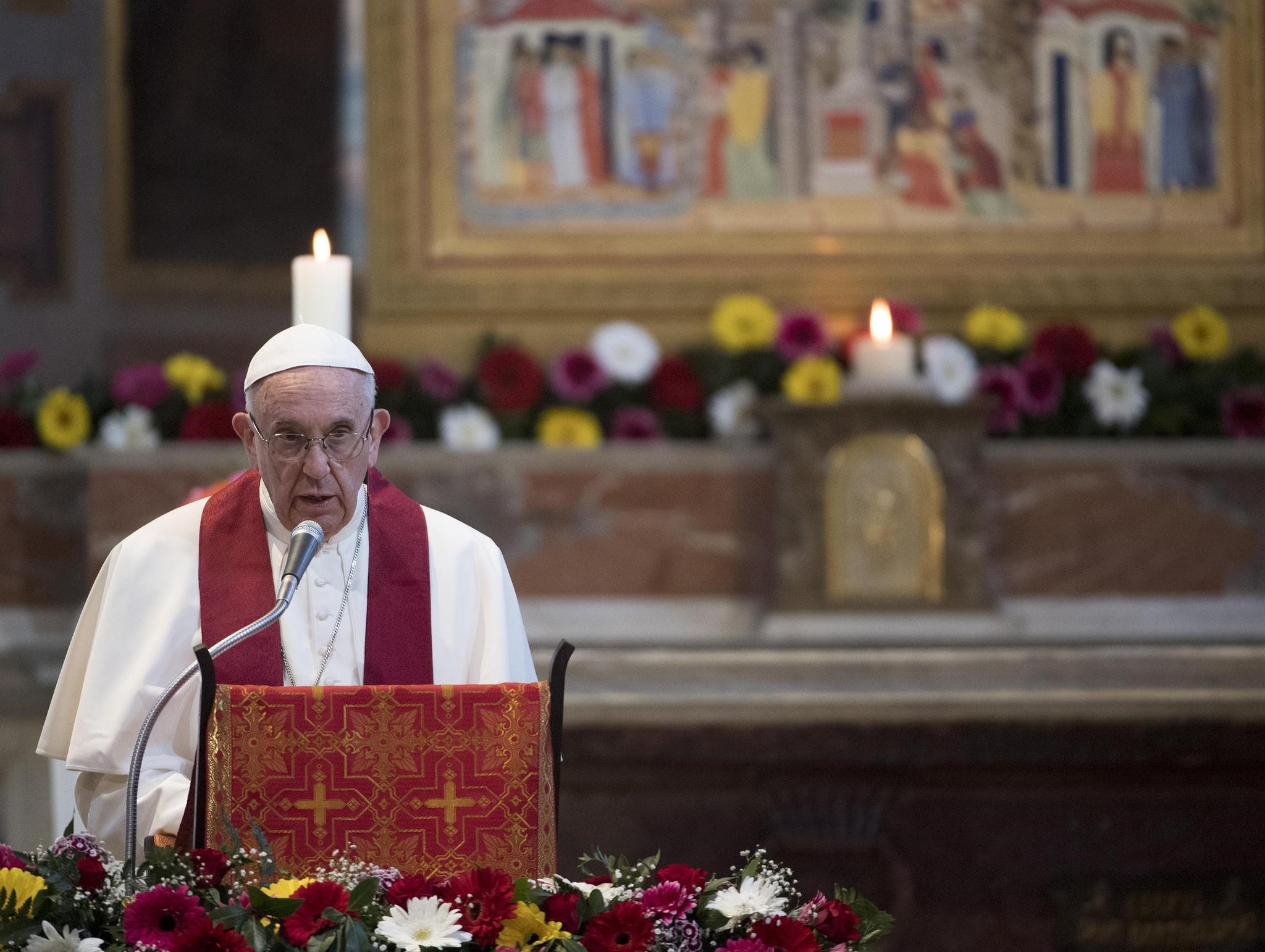 Pope Francis on Saturday described some of Europe's refugee centres as "concentration camps" as he paid tribute to an unknown Christian woman slain for her faith in front of her Muslim husband.

"These refugee camps -- so many are concentration camps, crowded with people... because international accords seem more important than human rights," Francis said in impromptu remarks at a ceremony in memory of modern day Christian martyrs.

Departing from his prepared script and appearing unusually emotional as he spoke, the 80-year-old pontiff said he wanted the woman to be remembered along with all the other martyrs commemorated in Rome's Basilica of St Bartholomew.

He revealed that he had met the woman's husband during his visit to a refugee camp on the Greek island of Lesbos last year.

"I do not know what happened to him, if he managed to get out of his concentration camp, and get to somewhere else" Francis said, describing the man as a father-of-three but not revealing his nationality.

"He looked at me and said 'Father, I am a Muslim and my wife was a Christian. In our country we were terrorised ... they saw her crucifix and they asked her to throw it away.

"When she refused they cut her throat in front of my eyes. We loved each other so much."

Saturday's service at the Basilica located on an island in the Tiber river that separates most of Rome from the Vatican, was also addressed movingly by Roselyne Hamel.

She is the sister of Jacques Hamel, the 85-year-old priest murdered by jihadists last year as he was celebrating mass in his church in Normandy in northern France.

"At his age, Jacques was frail but he was strong in his faith in Christ, strong in love for the Gospel," Roselyne Hamel said.

Describing her sibling as "a universal brother," she said she was certain his love for humanity would even have extended to his killers.

Other speakers included Francisco Hernandez, a friend of William Quijano, an organiser of "Schools for Peace" in El Salvador and a victim of gang violence in 2009, and Karl Schneider, son of Paul Schneider, a protestant pastor who died in the Nazi death camp at Buchenwald.

The Basilica where Saturday's service took place is home to a large collection of relics of Christian martyrs across the ages, including recently added momentoes of Schneider, Quijano and Hamel.