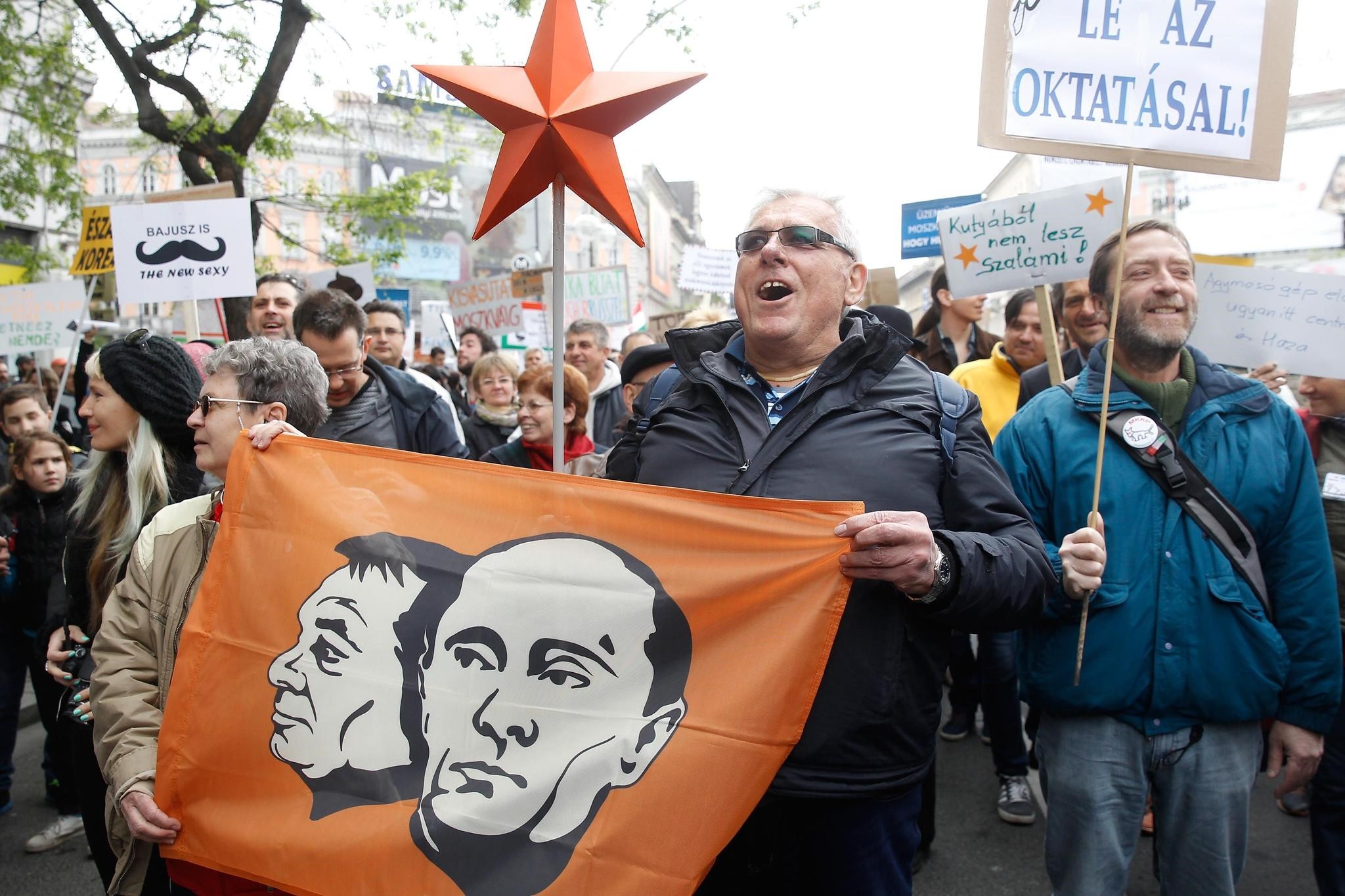 "Down with the press!" "Down with education! and "More demagoguery!" chanted the protestors, demanding that the government build a direct train link with Moscow and North Korea.

The rally, held days before the planned adoption of a new law clamping down on non-governmental organisations (NGOs), was dubbed "Hungary's funniest demonstration" by the country's media.

Organized by a parodic party calling itself the Two-tailed Dog Party (MKKP), the protest drew 2,000-3,000 people onto the streets in downtown Budapest, according to estimates.

Mocking Orban, accused of close links with Moscow, he congratulated the premier for having "refused the introduction of the euro," while lamenting that it was "not yet possible to pay with (Russian) rubles".

Orban, regularly lambasted over alleged xenophobic remarks and attacks on the media and civil society, has faced a vast protest movement since April provoked by the adoption of a law restricting foreign educational institutions.

Ratified by President Janos Ader -- whose moustache the protestors made fun of -- the law could lead to the closure of the Central European University (CEU), founded by billionaire and arch Orban foe George Soros.

The government wants to pass by the end of April a legislative bill strengthening control of NGOs with foreign funding, notably those supported by Soros.

On Wednesday a group of U.S. senators including former presidential candidate John McCain sent a letter to Orban calling on him to drop the bill.

The European Parliament is due to discuss Hungary's political situation next week, a day ahead of a meeting Thursday between European Commission chief Jean-Claude Juncker and Soros in Brussels.