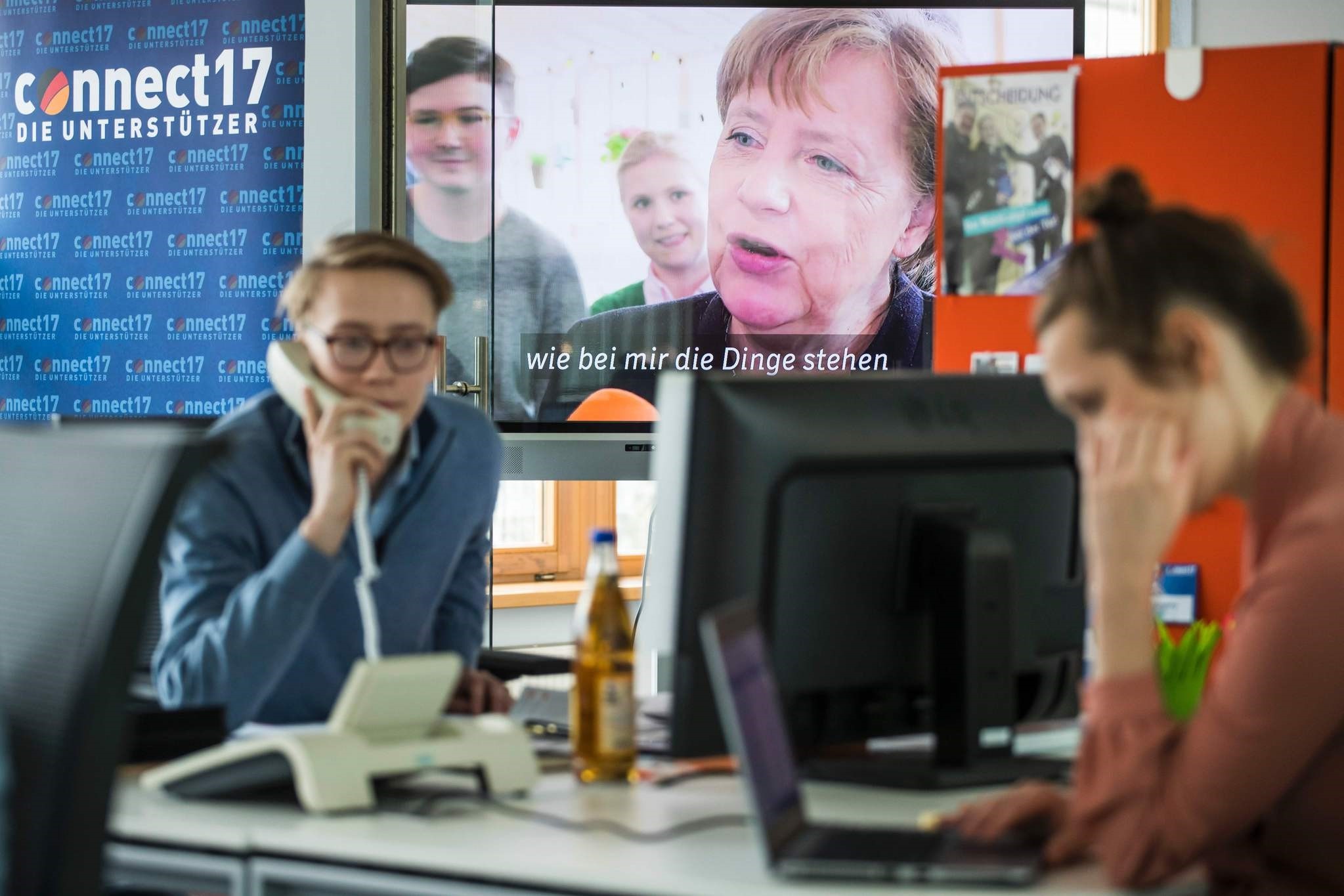 Support for German Chancellor Angela Merkel's conservatives has risen to its highest level in two years in North Rhine-Westphalia, Germany's most populous state, albeit on a par with its main opposition, a poll showed on Sunday.

That was the best result for the CDU since December 2015. It was the first time that the two parties stood neck-and-neck in the polls since October, when they both had 31 percent support.

The state is currently governed by a SPD-Green coalition.

Voters in the state go to the polls on May 14 in what could be a bellwether for national elections in September. A strong showing for the CDU in the state could bode well for Merkel's bid to secure a fourth term.

The latest poll showed a one-percentage point drop for the anti-immigrant Alternative for Germany (AfD), which is poised to head further to the right after a controversial party congress in Cologne, in the heart of the state.

The pro-business Free Democrats (EDP) gained one percentage point to 10 percent, while the pro-environment Greens remained unchanged at 6 percent and the Left party was at 5 percent, with just enough votes to win seats in the state parliament.

If the election were held now, the ruling SDP-Green coalition would not have enough votes to rule, and even a "red-red-green" coalition including the Left party would not be possible.

The poll raised further doubts about the "Schulz effect," a sharp rise in the polls for the centre-left SPD after the party nominated former European Parliament president Martin Schulz to challenge Merkel in the Sept. 24 national election.

The SPD party also lost support in a vote in the Saar state in March, compared with its results in 2012.

Norbert Roettgen, a member of the CDU and head of the parliamentary foreign affairs committee, told broadcaster Deutschlandfunk that Schulz's gains were "turning out more and more to be a flash in the pan" rather than a substantive shift in the German electorate.