With the political mainstream shut out from the presidency, how Macron and Le Pen gained success is of significant importance, as all eyes turn to the May 7 contest.

In an interview with Daily Sabah, Jean Petaux, a political scientist at Sciences Po Bordeaux said, Macron and Le Pen achieved these successes "by not passing through the 'primary box,'" which is an import from the American political system, but is an aberration in the French political system. Effectively, Le Pen and Macron are being perceived as political outsiders who are against failed establishment policies. Even though that may be true for Le Pen, Macron has certainly achieved establishment support since he's been endorsed by François Fillon after he conceded defeat.

He noted that the rise of Macron depends on three factors, "Youth, positioning both center-right and center-left and, mainly, the collapse of his opponents, especially that of the right, namely Fillon's, who was totally disqualified by the 'business' in which he locked himself up." 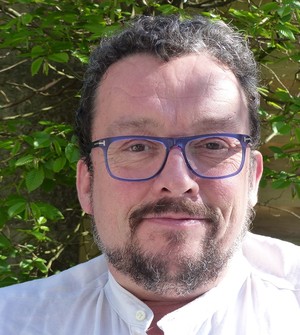 According to Petaux, the measures proposed by Marine Le Pen may not be effective in the fight against terrorism, for several reasons.

"Firstly some of the perpetrators of the attacks are not only French but also had not left the country, and therefore had not crossed French borders. So, the issue that the migration policy needs to be (or not) changed has no direct relationship with the struggle against Daesh," he said.

He underscored that the French extreme right was not on the rise after the first round. "Marine Le Pen and the National Front realized important scores on April 23, but compared to the votes obtained in the last regional elections (December 2015) the progression is not all spectacular."

Petaux says that the demands of the electorate is renewal, honesty, and reinvigorating the economy to create more employment and ensure maximum security against terrorism.

He said that the Paris terror attack at the Champs Elysées had no effect on electoral behavior in the first round of the presidential elections, but the variable could still influence the second round.

"If a mass attack occurs by May 7, things can change," Petaux said.

He pointed out three main outcomes from the first round. Firstly, contrary to what was believed, the survey institutes were not mistaken and were even very precise and rigorous in their forecasts. Secondly, Marine Le Pen, contrary to what was thought throughout the campaign, was not "out" on the evening of the first round. Thirdly, two major political parties that have ruled the country since 1958 (the Gaullo-centrist right and the Socialist Party and its allies) were eliminated before the second round: this has never happened in 10 presidential elections.

"The traditional political formations have been eliminated from the race to the Elysée that are already projected in the legislative elections next June," Petaux said.
Last Update: Apr 25, 2017 6:04 pm
RELATED TOPICS