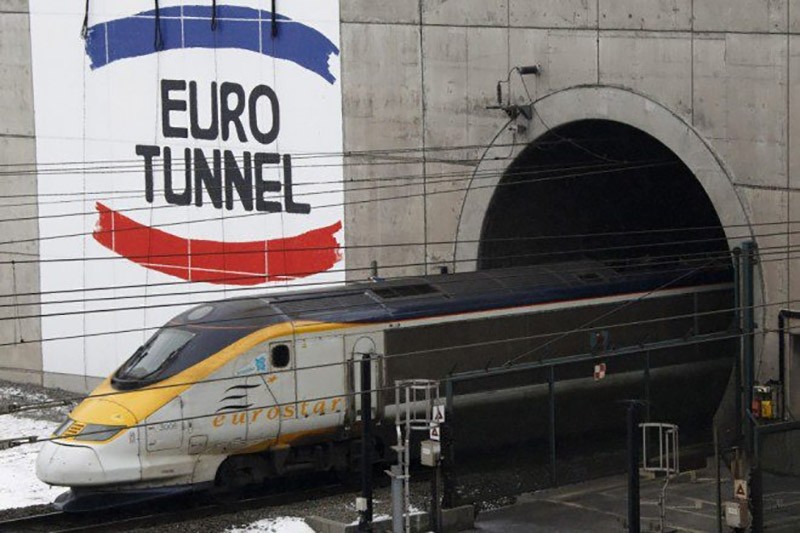 An unidentified migrant was electrocuted early Tuesday at the Gare du Nord train station in Paris. He was hit by an electricity bolt when he tried to climb upon a Eurostar train wagon in order to pass on to the U.K, and could not be saved in spite of efforts by emergency teams who were called to the spot.

Around 5 a.m. local time, a man was caught on CCTV as he climbed over the barriers separatıng international trains leaving for London and tried to climb onto the top of a Eurostar train. The man was struck by electricity bolts and died within seconds, reports said. The identification is going to be difficult, as the victim suffered serious burns and is "unrecognizable," a local source told French newspaper Le Parisien.

The tragic accident caused widespread disruption in national and international train services, as power to the railway lines was cut for around an hour and a half. Trains gradually reverted to normal schedules starting from 7:30 a.m., according to French reports.

This is the second time a migrant seeking to pass over into the U.K. was electrocuted at the Gare du Nord, the first victim being a young Egyptian asylum seeker who died in July 2015. This earlier case resulted in an augmentation of security measures, including the installation of fencing meant to keep refugees off the train routes connecting France and the U.K., and the use of drones for Eurostar trains in order to detect possible trespassers by way of thermal imaging.

Just a few hours before Tuesday's accident, two men, who were trying to stride over the fences shielding off the international terminal were discovered at Gare du Paris.. An alarm went off according to a police source, and security officials stepped in, placing both individuals under surveillance. It is not yet known whether both cases are connected.

British immigration policies have become increasingly restrictive, with the U.K. offering to take in refugees from Syria only by the hundreds and reportedly placing asylum seekers in Britain's poorest regions. The Brexit process is thought to exacerbate British attitudes to refugees even further. The country also made headlines recently with deportations of longtime inhabitants and spouses of British citizens.