Russia an important partner, Merkel says during meeting with Putin 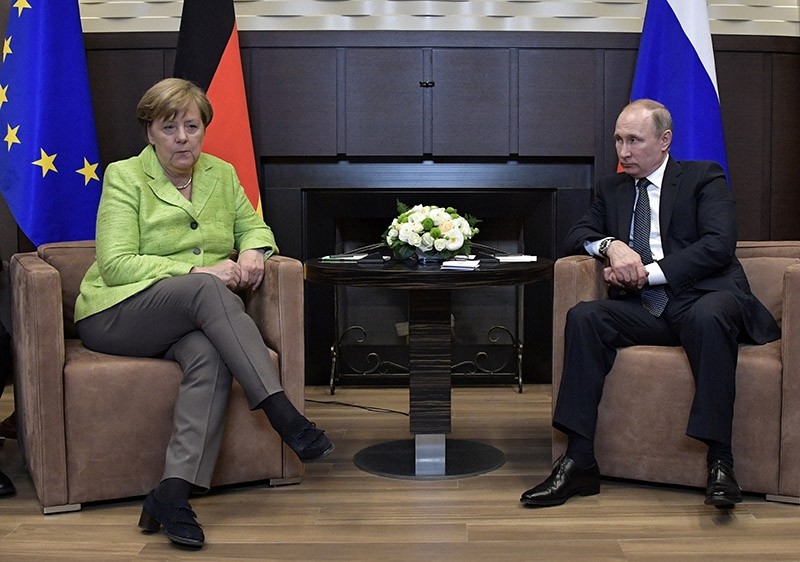 Russian President Vladimir Putin meets with German Chancellor Angela Merkel at the Bocharov Ruchei state residence in Sochi, Russia May 2, 2017 (EPA Photo)
by May 02, 2017 12:00 am

"Russia is naturally an important partner," Merkel told Putin at the start of their talks in the southern Russian city of Sochi.

It was Merkel's second visit to Russia since that country incited outcry in the West by annexing neighbouring Ukraine's Crimea region three years ago. Sochi and Crimea are both on the Black Sea.

Putin welcomed Merkel to Sochi, saying he would like their talks to focus on the conflicts in Ukraine and Syria.

Putin also thanked Merkel for the opportunity to discuss preparations for the Group of 20 summit to take place in July in the German city of Hamburg.

Merkel's spokesman Steffen Seibert said ahead of the meeting that disagreements over Ukraine have been "burdening the relationship" between Germany and Russia.

The meeting came about a week after an employee of the Organization for Security and Cooperation in Europe (OSCE) was killed by a landmine in Luhansk, one of the two eastern Ukrainian regions where Russian-backed militants are fighting for secession.

Merkel plans to meet the leaders of all the G20 countries ahead of the summit, which is hosted this year by Germany and scheduled to take place July 7-8.

Relations between Germany and Russia have been tense following Russia's annexation of Crimea, which Ukraine and Western powers, including Germany, consider occupied territory.