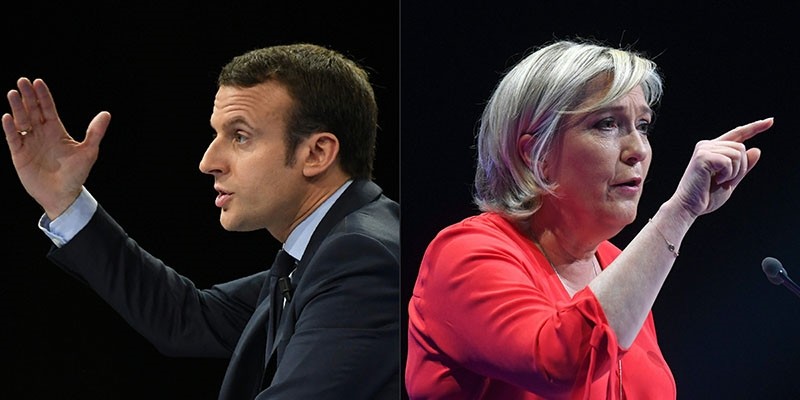 The commission said Saturday that leaked data apparently came from Macron's "information systems and mail accounts from some of his campaign managers." In a statement released after a morning meeting, the watchdog said the leaked data had been "fraudulently" obtained and that fake news has probably been mingled with it.

The commission urged French media and citizens "not to relay" the leaked documents "in order not to alter the sincerity of the vote." French electoral laws impose a blackout Saturday and most of Sunday on any campaigning and media coverage seen as swaying the election.

Meanwhile voting for France's next president started in some overseas territories Saturday.

The first French territory to vote was Saint-Pierre-et-Miquelon, an archipelago located near Newfoundland, where polling stations opened in the morning. Early voting in other French overseas territories and French embassies abroad would begin later.

The 44-hour legal blackout on campaigning began Friday at midnight and is due to last until Sunday at 8.00 p.m. when the last polling stations close on the mainland and the first pollsters' projections and official partial results are expected.

Fears of hacking and campaign interference have simmered throughout France's high-stakes, closely watched campaign — and boiled over Friday night as Macron's team said it had been the victim of a "massive and coordinated" hack.

The perpetrators remain unknown. While the hack is shaking up the already head-spinning campaign, it's unclear whether the document dump would dent Macron's large poll lead over Le Pen going into the vote.

After ditching France's traditional left-right parties in a first-round election, voters are now choosing between Macron's business-friendly, pro-European vision and Le Pen's protectionist, closed-borders view that resonates with workers left behind by globalization. The future of the European Union may hinge on the vote, also seen as a test for global populism.

The leak, which began just before the blackout descended at midnight, in theatrical timing befitting the dramatic campaign.

Florian Philippot, the No. 2 in Le Pen's anti-immigration National Front party, asked in a tweet: "Will the #Macronleaks teach us something that investigative journalism deliberately buried?"