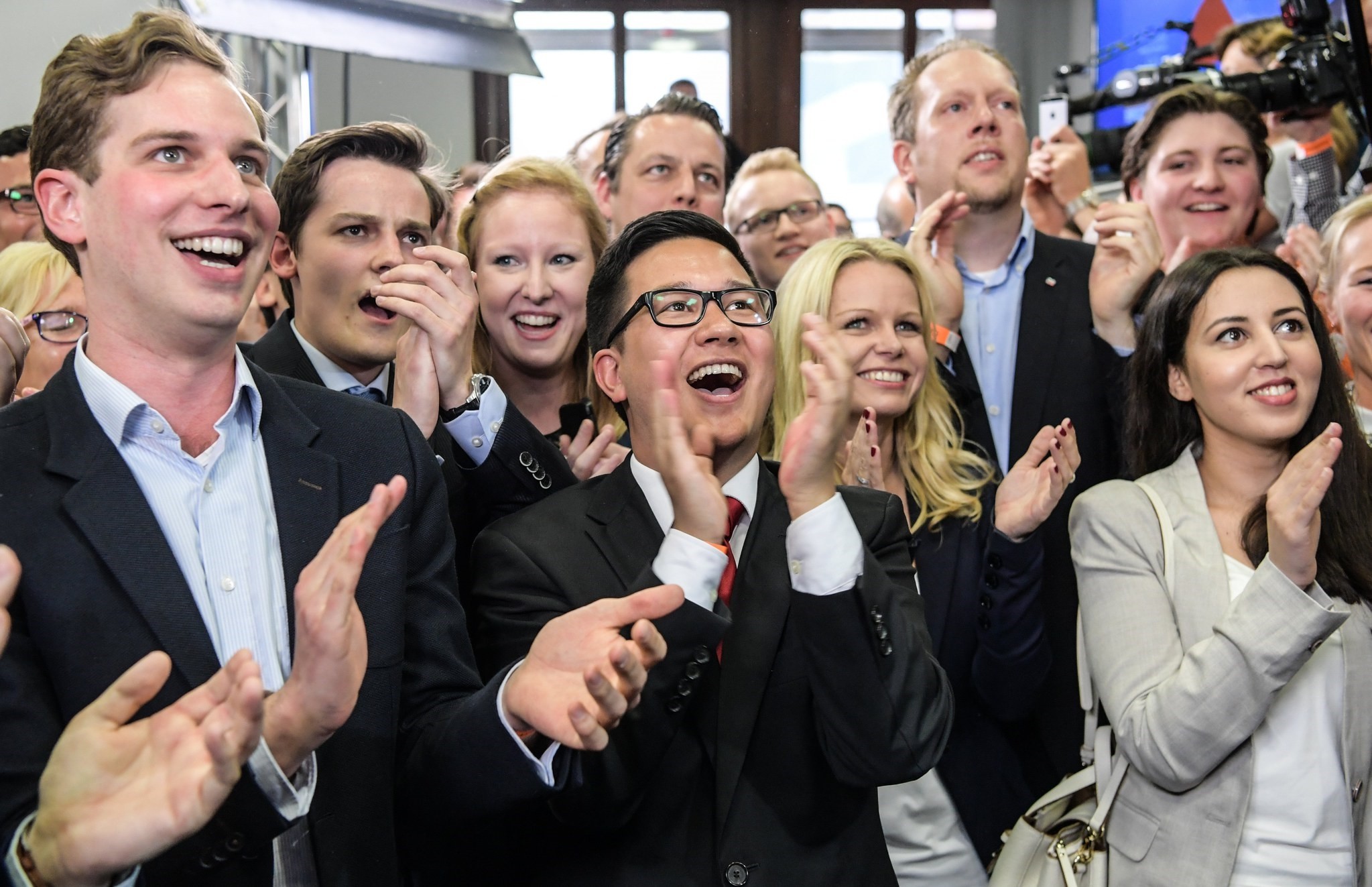 Supporters of Christian Democartic Union (CDU) party react to the first prognosis of the election in North Rhine-Westpahlia in Duesseldorf, Germany, 14 May 2017. (EPA Photo)
by May 14, 2017 12:00 am

German Chancellor Angela Merkel's conservative Christian Democrats won a key state election on Sunday in a poll seen as a major test of the country's political mood less than five months before the national ballot.

The CDU secured 34.5 per cent of the vote in the western rust-belt state of North Rhine-Westphalia, which is Germany's most populous state, according to an exit poll by public broadcaster ZDF.

The result brings to an end the Social Democrat-led government of state Premier Hannelore Kraft with the vote for the centre-left SPD dropping from 39.1 percent in the last election in 2012 to just 30.5 percent on Sunday, according to the ZDF projections.

The right-wing populist Alternative for Germany entered its 13 state parliament on Sunday winning 7.5 percent of the vote in North Rhine-Westphalia.