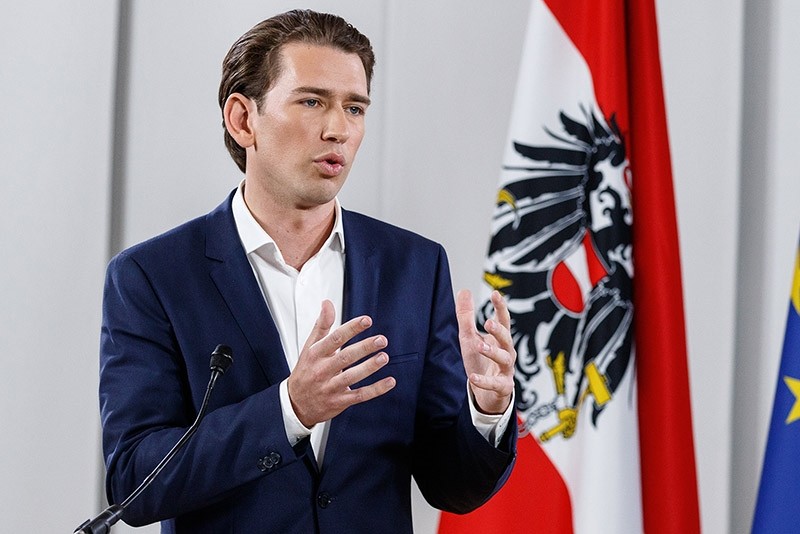 Sebastian Kurz, Austrian Minister of Foreign Affairs and new leader of the Austrian Peoples Party (OeVP), speaks during a press statement, in Vienna (EPA Photo)
by Daily Sabah with Agencies May 15, 2017 12:00 am

Austria's People's Party (OVP) on Sunday appointed Foreign Minister Sebastian Kurz, who is known for his anti-Turkey stance, as its new head.

At the news conference, Kurz called for a snap election in fall while the OVP is the junior party in the coalition government.

He was elected after Reinhold Mitterlehner resigned Tuesday from his posts as deputy prime minister and head of the party.

He was appointed State Secretary for Integration in 2011, then foreign minister after he was elected as a member of parliament in the 2013 general election.

He has suggested that the European Union puts Turkey's accession talks on hold, and strictly opposes migration.

Like other centrist factions in Europe, the OeVP has suffered the wrath of disillusioned voters over rising unemployment and a huge influx of migrants.