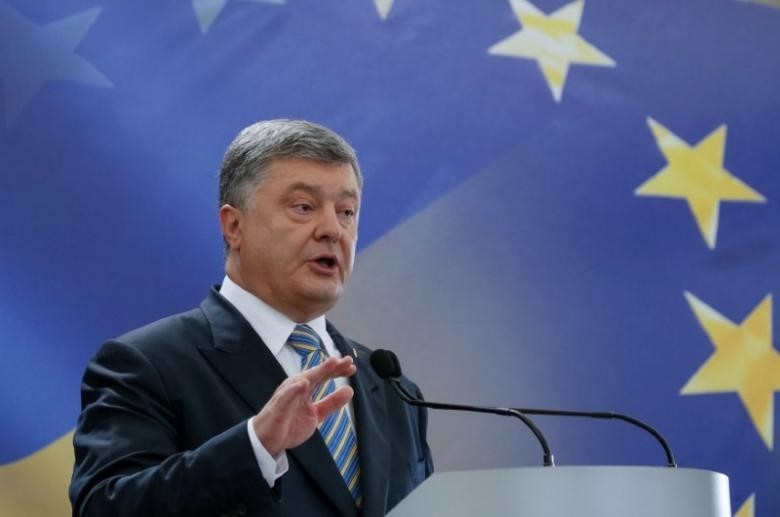 Ukraine accused Russia on Tuesday of carrying out an organised cyber attack on President Petro Poroshenko's website after Kiev's decision to impose sanctions against a number of major Russian internet businesses.

"The situation is under control thanks to our IT-specialists and there is no threat to the work of the website," he said.

The Ukrainian sanctions froze any assets held by the Russian businesses inside Ukraine and banned hosts there from linking to them, though the websites were all still accessible in Kiev on Tuesday.

The ban was imposed partly to protect against companies "whose activities threaten the information and cyber security of Ukraine", the Kiev government's Security and Defence Council said in a statement.

They added to a list of more than 400 Russian firms blacklisted by Kiev since Moscow's annexation of Crimea in 2014 and the ensuing pro-Russian separatist uprising in eastern Ukraine.

Mail.ru Group, which owns the Odnoklassniki social network and Vkontakte, Russia's version of Facebook, said that around 25 million Ukrainians could be affected by the "politically motivated" decision.

"We have never been involved in politics. We have not broken a single law of Ukraine," it said in a statement. It said the Ukrainian market contributed an "immaterial" amount of revenue and so Mail.ru would not revise its financial plans.

Yandex also said it did not expect the sanctions to have a material negative impact on its financial results. There was no immediate comment from other companies on the list.

Kremlin spokesman Dmitry Peskov told journalists that Moscow had not forgotten the principle of reciprocity when it came to such disputes, calling the move "short-sighted".

Many of the affected sites are hugely popular in Ukraine.

Vkontakte was the second-most visited website in Ukraine as of March, according to data cited by the Ukrainian Internet Association. Yandex, Odnoklassniki and Mail.ru were also in the top five most popular sites that month.

Moscow has repeatedly denied accusations from Kiev that it has been waging a "cyber war" against Ukraine. It also denies accusations that it is fueling the separatist conflict in eastern Ukraine by supporting rebels with troops and weapons.

Ukraine has also accused Russian computer hackers of targeting its power grid, financial system and other infrastructure with viruses.