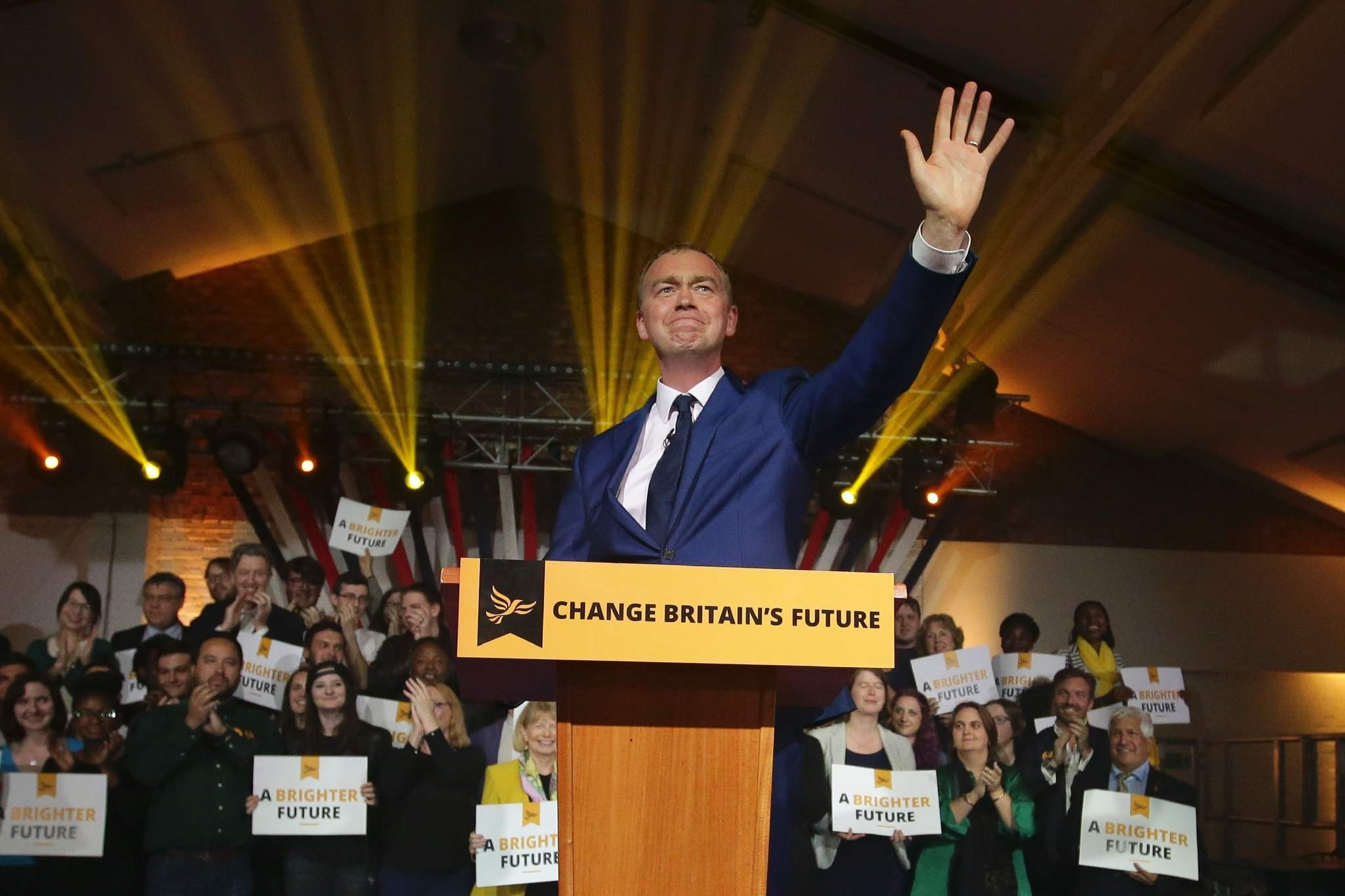 Britain's centrist Liberal Democrats launched their party manifesto with an EU flag Wednesday and a promise to hold a Brexit referendum, as they seek to win pro-Europe votes in next month's national election.

Languishing a distant third place in opinion polls ahead of the country's June 8 general election, the Lib Dems are styling themselves as the party of the 48 percent who voted last year to remain in the European Union.

"You should have the say over whether (Prime Minister) Theresa May's Brexit deal is right for you, right for your family, in a referendum," leader Tim Farron said to cheers as he launched the party's manifesto in London, standing on an EU flag which was blended with Britain's Union Jack.

"And if you don't like that deal, you should have the choice to remain in the European Union," he said.

The Lib Dems pledge to hold a referendum on the final Brexit deal following two years of negotiations between London and Brussels.

The party also promises to keep Britain in the European single market and continue freedom of movement, both of which have been ruled out by May.

Speaking to a mixed crowd at the arts center and nightclub in east London, an area known for its young and creative residents, Farron attacked the prime minister's Brexit strategy.

"It is going to wreck our children's future for years to come," he said.

"(We're) playing the long game, we're trying to make sure we have an effective base as an opposition," said the veteran Lib Dem politician.

Cable is trying to win back his London seat, after losing in the party's nosedive in the 2015 election after five years as a minor coalition partner alongside the centre-right Conservatives.

The Lib Dems' pro-EU stance helped the party gain its ninth MP in the 650-seat parliament in a December by-election, beating the eurosceptic Conservative candidate by running a strongly anti-Brexit campaign.

The tactic has won the backing of Nicole Verat-Pant, a French citizen who cannot vote in the upcoming election but whose husband will vote for the Lib Dems.

"I want to go back to Europe. It's the only chance. I think the Conservatives are a disgrace, and Labour is hopeless," the 73-year-old told AFP.

The Conservative Party has surged in the polls in recent months, currently leading with 49 percent of the vote according to a YouGov poll published on May 12.

The main opposition Labour party has 31 percent while the Lib Dems lag behind on nine percent, according to the survey of 1,630 people.

In its manifesto the Lib Dems also pledge to guarantee the rights of EU staff working in social care and for the National Health Service, in addition to boosting funding to these areas by £6 billion (£7.8 billion, 7 billion euros).

The extra cash will be raised by increasing income tax by one percent, while the Lib Dems also plan to reverse the Conservatives' cuts to corporation tax.

While the party has put Europe at the heart of its campaign, it is these other promises which are attracting some voters.

"I think they have a very good vision for the country," said Andie Gbedemah, 24, who supports the social care pledge.

"They've not made it just about the one thing that everyone is trying to make it about," she added.

Restricting junk food advertising to children, legalising cannabis, and suspending the use of bee-harming insecticides called neonicotinoids are also featured in the party's manifesto.