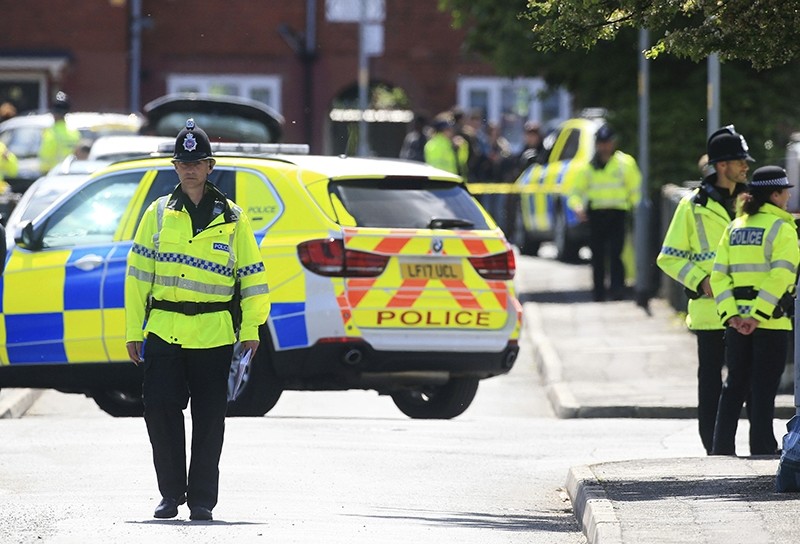 The father, and the younger brother of the attacker who killed 22 people in a suicide bombing in Manchester has been arrested in the Libyan capital Tripoli, according to a counter-terrorism force spokesman and a witness.

The counter-terrorism force detained the father, Ramadan Abedi, outside his home in the Tripoli suburb of Ayn Zara on Wednesday afternoon. A witness said he was handcuffed by armed men who drove him away in two unmarked vehicles.

The force, known as Rada, detained the brother Hashem Abedi, who was born in 1997, on Tuesday evening on suspicion of links to Daesh, spokesman Ahmed Bin Salem said. He did not give any details on the reasons why the father was arrested.

But Hashem Abedi had been in touch with attacker Salman Abedi, Bin Salem said, and was suspected of planning to carry out an attack in the Libyan capital.

"We have evidence that he is involved in Daesh (Islamic State) with his brother. We have been following him for more than one month and a half," Bin Salem said. "He was in contact with his brother and he knew about the attack."

He said the younger brother had travelled from London to Tripoli on April 16.

Salman Abedi, 22, was born in Britain to Libyan parents. Britain's interior minister said earlier that he had recently returned from Libya and had likely not acted alone. His father lives in Tripoli.

Officials are examining Abedi's trips to Libya and possibly Syria as they piece together his allegiances and try to foil any new potential threats. The government said nearly 1,000 soldiers were deployed Wednesday in high-profile sites in London and elsewhere, replacing police, who can work on counter-terrorism duties.

Speaking Wednesday from the Libyan city of Tripoli, the father of the alleged Manchester bomber denied that his son was linked to militants or to the deadly attack. Ramadan Abedi told the AP that when he spoke to his son Salman five days ago, he sounded "normal."

He said Salman was getting ready to visit Saudi Arabia for a short Umrah pilgrimage, then planned to head to Libya to spend the Islamic holy month of Ramadan with his family.

"We don't believe in killing innocents. This is not us," the elder Abedi told the AP by telephone. "We aren't the ones who blow up ourselves among innocents. We go to mosques. We recite Quran, but not that."

He said his son last visited Libya a month-and-a-half ago and never visited Syria.

The senior Abedi fled Tripoli in 1993 after Moammar Gadhafi's security authorities issued an arrest warrant for him and eventually sought political asylum in Britain. Now he is a manager for the Central Security force in Tripoli.

He denied having ties to any of Libya's militant groups, including the Libya Islamic Fighting Group, which was linked to al-Qaida.

But former Libyan security official Abdel-Basit Haroun told the AP that the elder Abedi was a member of the Libyan Islamic Fighting group in the 1990s. Although the LIFG disbanded, Haroun says the father now belongs to the Salafi Jihadi movement, the most extreme sect of Salafism from which al-Qaida and Daesh both hail.

Police make 6th arrest in connection with the attack

The number of arrests in the case now stands at six and came following an armed raid late Wednesday on a block of apartments. That followed an earlier arrest of a male in Wigan.

"These searches are connected to Monday's horrific attack on the Manchester Arena, but this is a fast moving investigation and we are keeping an open mind at this stage," police said in a statement. "A woman has been arrested at an address in connection with the investigation."

A 23-year-old male was arrested in Manchester hours after the attack and three others were taken into custody in the city Wednesday.

A fifth male arrested in Wigan was carrying a suspected package that is now under assessment, the Greater Manchester police said.

"We have made an arrest in Wigan this afternoon in connection with the investigation into the horrific incident at Manchester Arena," police said in a statement after they arrested a man.

"When arrested, the man was carrying a package which we are currently assessing."

Police said three suspects were arrested Wednesday in south Manchester. Another suspect was arrested Tuesday and Abedi's father confirmed to The Associated Press that was Salman's older brother Ismail.

At Manchester's Didsbury Mosque, where the Abedi family worshipped, authorities condemned the bombing and denied reports that Abedi had worked there. Azhar Mahmoud, who prays at the mosque in south Manchester, said it was "horrible" that the bomber was associated with it.

"Wherever he got that, he didn't get it from this mosque," he said.

"He always tells the youngsters, stay away from it. ... I've prayed there Fridays, and that's his message."

British Prime Minister Theresa May chaired a meeting Wednesday of her emergency security cabinet group to talk about concerns Abedi might have had outside support. France's interior minister said Abedi is believed to have also traveled to Syria and had "proven" links with Daesh.

Home Secretary Amber Rudd said Britain's increased official threat level will remain at "critical" until security services are convinced there is no active plot in place.

She also complained about U.S. officials leaking sensitive information about Abedi to the press, saying that could hinder Britain's security services and police.

"I have been very clear with our friends that that should not happen again," she said.

Manchester officials raised to 119 the number of people who sought medical treatment after Monday night's attack, saying 20 of them had critical injuries.

Jon Rouse of the Greater Manchester Health and Social Care Partnership said 64 people were still hospitalized, many with serious wounds that will require "very long term care and support."

Officials said all the dead and wounded had been identified but their names would not be made public for several days until autopsies are completed.