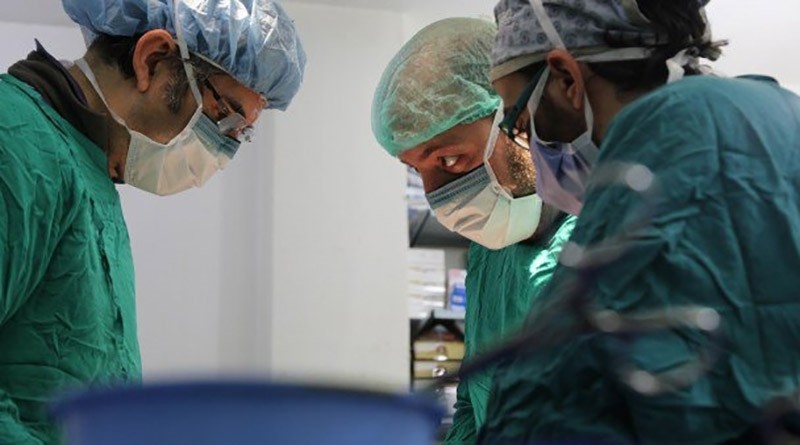 Doctor Mounir Hakimi (C) said that he had seen the same injuries in Syria and Manchester. Photo Credit: Syria Relief/Twitter
by Daily Sabah May 24, 2017 12:00 am

One of the doctors who carried out surgeries on Manchester attack victims said that he had performed similar operations while working in Syrian hospitals.

Dr. Mounir Hakimi was born in the UK but grew up in Syria. He previously worked as a volunteer in opposition-held territories in Syria. After Monday's suicide bombing in Manchester, Hakimi was scheduled to operate on one of the young victims.

Hakimi is the Chairman of Syria Relief, a UK-based charity that has provided training to Syrian doctors to help them perform life-saving work throughout the war-torn country.

"It's heartbreaking to see the bloodshed. Innocent children shouldn't be paying the price of terrorism," the surgeon said, adding that he had gained experience treating victims of the Daesh terrorist group attacks while living in Syria.

At least 22 people, including children, were killed and 59 others were wounded in a suicide attack that targeted concertgoers following a performance by U.S. singer Ariana Grande in the English city of Manchester Monday.